Giving birth to a child, I always imagine, is one of them.

By the very definition laid out above, of course, I won’t grasp the depth of that divide until I do so myself. It’s hard to even dream what cis-men, who at no point have to fear going through labor, think when they watch Katherine Heigl spitting venom and sweat at Seth Rogen during the birth scene of “Knocked Up,” or worse, when they watch a real birthing video like “The Miracle of Life.” For me, it’s always been a hazy horror reel of what could lie in store: unquantifiable suffering, uncataloged bodily damage, mysterious physical processes. We can see the expression of the pain, but not what the experience of it actually is. Once the labor has ended, and the mother is beaming over the slightly gooey newborn in her arms, it seems more agreeable to forget the horrible gauntlet she just passed through and focus on the maternal marathon ahead.

That leaves, though, so many unanswered questions surrounding one of the most common experiences of women (and all people with uteruses): What do contractions really feel like? How do you push a seven-pound baby out of your insides? What does it feel like as the child squeezes through the vaginal canal? What happens to your wedding ring when every part of you gets bloated toward the end of your pregnancy?

In Pamela Erens’ third novel, Eleven Hours, this arduous act of human creation becomes not prelude or postscript or parenthetical, but the whole story. As the slight, unassuming book opens, Lore Tannenbaum, a 31-year-old speech therapist at a public school in New York, has shown up alone -- save for a meticulous birth plan -- at the maternity ward to give birth. Franckline, a Haitian-born nurse tenderly guarding an early-term pregnancy of her own, ushers Lore through hours of stop-and-start early labor, helping her position and breathe through contractions and wandering the halls of the hospital with her between bouts.

Erens keeps closely trained on the two women’s consciousnesses, slipping easily back and forth from one to another, as if they’re simply two facets of the same maternal experience. Yet her writing grounds the reader physically in her subjects’ bodies: This is no mystical act of human regeneration, but hours of bone-cracking dilation, organ-smothering contractions, attempts to push that only yield unexpected feces. Erens devotes loving detail to the process by which a body sends out another body into the world. One contraction is described thusly:

[S]he feels a new cramp, moving toward her quickly, quite quickly; she will need to find her breath ahead of it. "Hands and knees ... " she entreats Franckline, and Franckline gently guides her into position. The pain begins in her mid-back and pushes down and outward, murmuring, "Make way, make way," to her pelvis and her ribs, which fret and cry, "Impossible! Impossible!" and the muscles in her lower back contract like a fist that says, "Not today!"

Without being a purely fearful depiction, Eleven Hours refuses to filter the birthing process with a golden glow over a beaming madonna and child. Lore and Franckline long for their unborn children -- as for so many, the painful labor is a price they’re more than willing to pay for parenthood -- but in those brutal hours, they see two bodies locked in a struggle for mutual survival that could, and in history often has, leave one or both maimed or dead. Erens’ descriptions of Lore’s contractions and dilation viscerally capture this horror at how poorly a woman’s body seems fit to birth a small human, how much damage the baby can do on the way out and vice versa. Franckline, who has a uterine abnormality that makes carrying a child to term more difficult, has already lost two babies, one born prematurely at 22 weeks. Despite all the mothers and babies we see around us, procreation and birth remain fraught and dangerous life events.

Erens weaves these two birthing biographies into the two women’s larger stories, told only in flashbacks. Lore has shown up alone because the father of her child, Asa, had an affair with her best friend, Julia, who had originally set the couple up. Her family is dead or distant. She longs for Asa to come support her, but never wants to see him again. Franckline, who has a lifelong gift for assisting in births, left Haiti when she was a young woman. She came to New York with her husband Bernard, a kind and gentle man who longs to be a father so deeply that she is afraid to tell him of this pregnancy and disappoint him again. Her family is far away, and distant emotionally since a painful incident in her past. Both women are deeply alone in their maternity, and yet their reasons could not be more different.

The strength of the novel, though, lies in Erens’ vivid, unflinching portrayal of childbirth. These passages read so powerfully, and offer something so infrequently depicted in literature, that the snippets of the women’s everyday lives can seem trite and formulaic -- a lonely woman hard done by her man, a wife longing to make her loving husband a father. A more broadly resonant book on Lore and Franckline would have needed more from those flashbacks of their everyday lives, which seem so cardboard next to the birthing scenes.

Those birthing scenes, though -- they deserve a whole novel to themselves, and this is that novel.

Eleven Hours shows childbirth without distaste or romance, as a uniquely agonizing and dangerous event that so often leads, somehow, to joy.

NPR: "The book is fierce and vivid in its depiction of the exhaustion of the spirit and the rending of the flesh during childbirth. So much so, that it makes that boy adventure aboard Herman Melville's Pequod almost seem like a Carnival cruise."

The New York Times: "It may be impossible to reproduce in prose the sensation of labor. But Erens beautifully evokes its insistent rhythms and protective deliriums."

Pamela Erens has published two previous, highly acclaimed novels, The Understory and The Virgins. Her writing has also appeared in publications such as Elle, Vogue, and The New York Times.

Readers who crave narratives of women’s real, private experiences, and find stories of the everyday compelling.

"These girls with their birth plans, thinks Franckline, as if much of anything about a birth can be planned. She thinks girl although she has read on the intake form that Lore Tannenbaum is thirty-one years old, a year older than Franckline herself. Caucasian, born July something, employed by the New York City Department of Education. Franckline pronounced the girl’s name wrong at first, said ‘Lorie,’ and the girl corrected her, said there was only one syllable. Lore. Why a girl and not a woman?”

“Nineteen minutes since Lore’s last contraction. Franckline feels a pulsing in her groin -- not quite a pain, perhaps, or, yes, a pain. Is she imagining pain into being by fearing it? At the library in Flatbush, on the computers there, she has looked at the images of bicornate uteruses, pinkly meaty, split like a wishbone. The two petal-like chambers, the gestational sac residing in one. Her baby is growing in the left chamber. The hospital doctors say there’s a reasonable chance the chamber will expand enough to allow the baby to grow to term, especially since Franckline has already borne a full-term child, but they don’t want to make promises. She can’t help at times picturing the child running out of room, the head pushing against the uterine wall, or the cervix giving way and the unfinished life spilling out.” 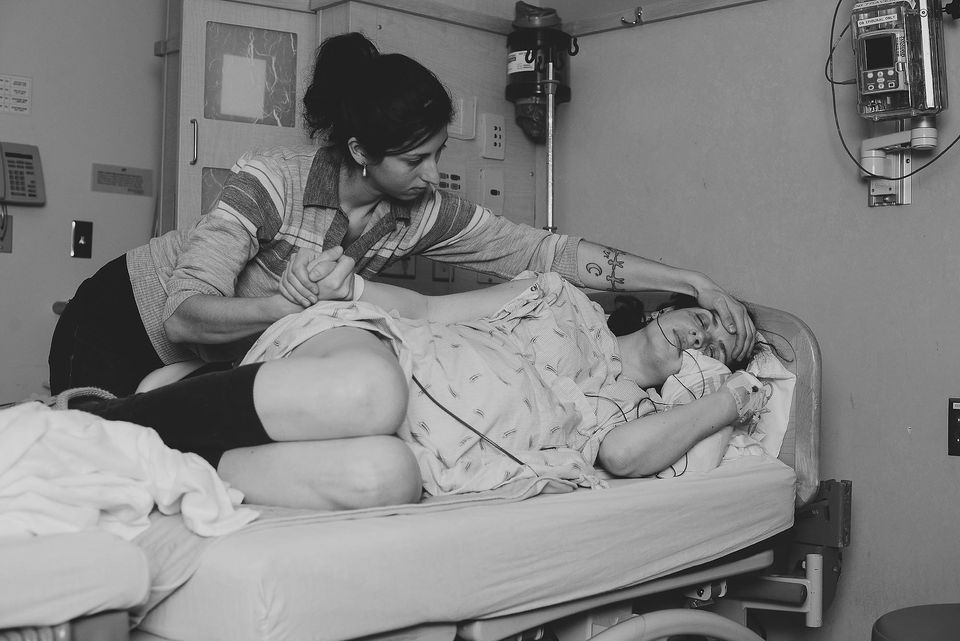