With 3:08 remaining in the Super Bowl on Sunday, Peyton Manning’s Denver Broncos scored what was effectively the championship-sealing touchdown, much to the joy of the quarterback’s fans in Levi’s Stadium.

That is, except one fan. When cameras panned to Manning’s family’s box, brother Eli looked impassive and aloof, stoic and even sad, so, predictably, the Internet went wild with memes poking fun at the New York Giants signal caller.

His expression made little sense -- his brother had just made history, after all! In a matter of minutes, Eli’s unemotional reaction was interpreted as a sign of resentment, even disappointment, as big brother Peyton once again proved his superiority.

So when TMZ found Eli at an airport on Monday, it gave him a chance to explain his apathy.

“[I was] just focused on whether he was going for two," he said. "And the defense had to step up and make some stops."

In other words, he wasn’t showing his excitement over the touchdown because the Carolina Panthers still had some shot at a comeback. It makes sense -- Eli’s been in the NFL trenches for 12 years now, and he knows that the game’s not over until the final whistle blows. He knows that, in a league in which even the most basic calls are tenuous and reversible, nothing is ever truly in the bag.

Manning did seem able to laugh at himself, however, saying that the Internet fodder that’s come out of the incident is “all good stuff.”

when you graduate with honors and your brother is named the valedictorian and they forget about you https://t.co/dWlw0QuDhq

This is actually just cardboard cutout of Eli he is at home doing laundry pic.twitter.com/Rc5zLOqzdL

When your boss gives you a promotion that doesn't include a raise https://t.co/c5CtEyMmxS 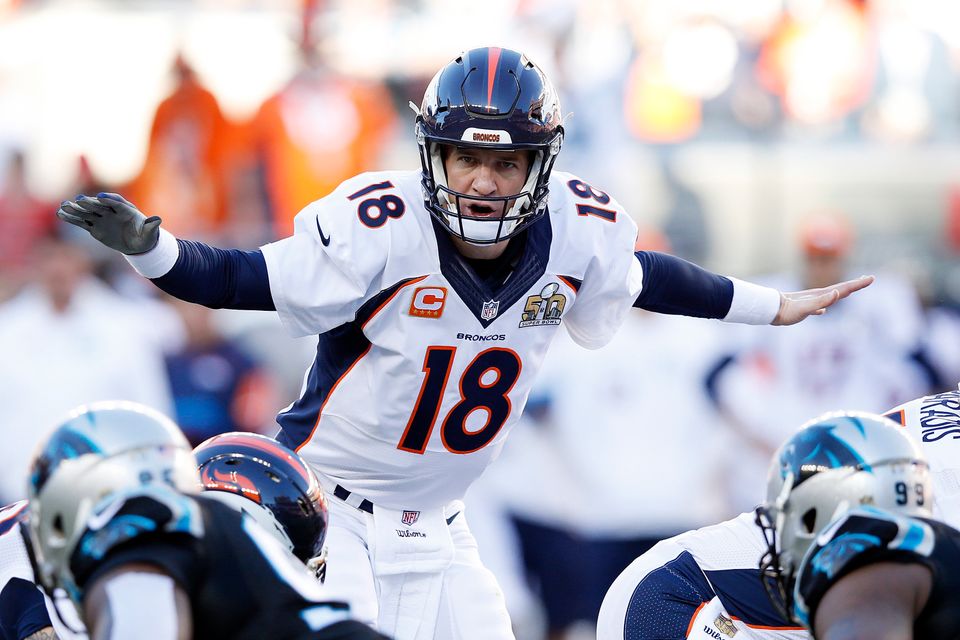