Gonzalez, now 16 with closely cropped black hair, is shown serious-faced with fellow youth delegates during last weekend's congress at a sprawling and drab convention center in western Havana. The images were posted Monday on Cuban government Web sites, then widely picked up by electronic, state-controlled media. 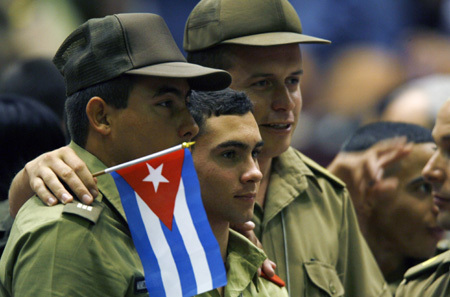 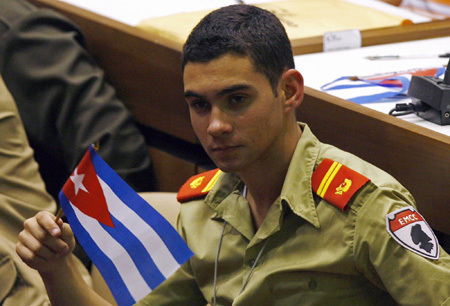 When he was 5, Elian was found floating off the coast of Florida in an inner tube after his mother and others fleeing Cuba drowned trying to reach the U.S. Elian's father, who was separated from his mother, had remained in Cuba.

U.S. immigration officials ruled the boy should return to Cuba over the objections of his Miami relatives and other Cuban exiles, creating a national furor that caused even presidential candidates George W. Bush and Al Gore to weigh in on the matter.

His relatives refused to give him up. Federal agents raided the Little Havana home of his uncle with guns drawn 10 years ago this month and seized the boy from a closet to return him to his father.

Elian was celebrated as a hero in Cuba upon his return and his father, restaurant employee Juan Miguel Gonzalez, was elected to parliament – a seat he retains today.

Cuba usually marks Gonzalez's birthday every Dec. 7 with parades and other local events, but such activities are not open to foreign reporters.

The green uniform with red shoulder patches he is seen wearing is common among island military academies. There is a military school in the city of Matanzas, near the boy's hometown of Cardenas, but it was unclear where he is attending school. Reports in state media provided no details.

"Young Elian Gonzalez defends his revolution in the youth congress," read the headline over Monday's photo posted on Cuba Debate, the same Web site where Fidel Castro has posted his regular essays since ceding power to his younger brother, Raul, for health reasons in 2006.

Revolution is what Cubans call the rebellion that toppled dictator Fulgencio Batista and brought Castro to power on New Year's Day 1959.

Elian and his father are closely watched by state authorities, who restrict their contact with the international press.