With the recent loss of Holocaust survivor Elie Wiesel, I've thought a lot about my very first meeting with him 30 years ago and all that we shared since then.

There have been numerous reflections about his remarkable legacy as an influential thinker, author, teacher, and activist. In addition to these enduring contributions, another must be added: institution builder.

Without him, it is hard to imagine the United States Holocaust Memorial Museum. This is not only because he led the 1978-79 presidential commission that recommended the creation of the museum and then went on to serve for six years as the founding chairman of the governing council that would oversee its development. Equally consequential, he imagined a very particular mission for the Museum that only he had the moral authority to envision and the precision of language to powerfully articulate.

Today the Museum embodies that bold and ambitious mission but the struggle for what some felt was the soul of the institution was not without debate and controversy in those early years. Ultimately, due to the power of his moral clarity, intellect and eloquence, it was Elie's vision that would carry the day.

I first met Elie in 1986 shortly after I joined the staff of the project to build the museum. It was at a meeting of the presidentially-appointed U.S. Holocaust Memorial Council. I nervously anticipated meeting the renowned Elie Wiesel, who had not only authored Night (according to the New York Times, "a slim volume of terrifying power") but had also been recently named as the Nobel Peace Prize laureate. As it turned out, my apprehension was misplaced. Elie was warm and welcoming to me. But he threw the meeting into chaos when he announced to the group that he would be stepping down from the chairmanship of the Council believing that it was right time for others to bring the project to fruition. 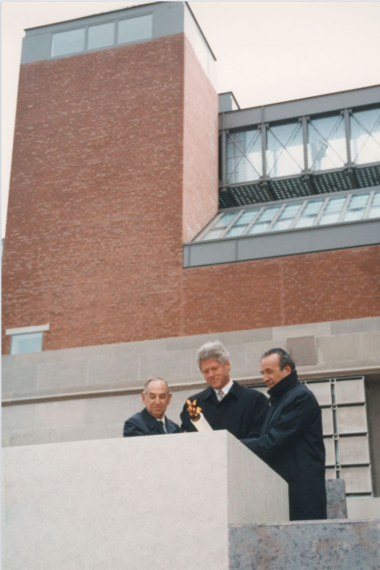 Over the next six years, Elie would emerge as a giant on the world stage, a symbol of the Holocaust and a universal voice of conscience. During that same period, a talented team would create the permanent exhibition of the Museum and in the process frequently debate the fundamental questions Elie had identified at the very outset.

The outset was 1978, when President Jimmy Carter formed a commission, chaired by Elie Wiesel, and charged it with the preparation of a report "with respect to the establishment and maintenance of an appropriate memorial to those who perished in the Holocaust."

The commission determined that memory alone was insufficient. Education was also required. Education about the events of the Holocaust - decisions and actions, causes and consequences, lessons and legacies. But that led to a set of questions about the narrative of the exhibition and the role of the Museum itself. Was it to be "Jewish" or "universal"? Was it to be solely about remembrance and education, or also a call to action?

At a meeting of the commission in February 1979, Elie stated,

"The real discussion today, the substantive discussion, centered around the question: was the Holocaust a universal event, or solely a Jewish, and therefore, unique one? My answer: it was both. .... If we are to remember the Holocaust, it is not only because of the dead; it's too late for them. Nor only because of the survivors; it may be too late for them. Our remembering is an act of generosity...extended to all others. Our remembering aims at saving as many men and women as possibly from apathy to evil, if not from evil itself."

However, this universalist approach threatened to diminish the reality of this specifically Jewish event for some of the survivors, who were understandably still haunted by their horrific experiences from a mere three decades earlier.

In the end, the exhibition would reflect Elie's vision of "both" - the specificity of Holocaust history presented in ways that illuminate timeless lessons. Indeed the language of the 1979 President's Commission Report would turn out to be an apt description of both the exhibition and the institution itself as, in his words, "a living memorial":

"We wish through the work of this commission to reach and transform as many human beings as possible. We hope to share our conviction that when war and genocide unleash hatred against any one people or peoples, all are ultimately engulfed in the fire.....

To remember the Holocaust is to sensitize ourselves to its critical political lessons. Nazism was facilitated by the breakdown of democracy, the collapse of social and economic cohesion, the decline of human solidarity and an erosion of faith in the political leadership and in the ability of democratic governments to function."

In 1993, fourteen years after those words were written, Elie's speech at the Museum's dedication would embody the idea of a living memorial. In the context of speaking about his beloved mother and the world's failure to save her and the Jews of Europe, Elie, standing before thousands of Holocaust survivors and others, turned to a newly elected President Clinton, and said,

"Mr. President, I cannot not tell you something. I have been in the former Yugoslavia last fall. I cannot sleep since for what I have seen. As a Jew I am saying that we must do something to stop the bloodshed in that country! People fight each other and children die. Why? Something, anything must be done."

Three years later Elie would significantly advance the Museum's role as a living memorial when he launched a key recommendation of the President's Commission report that had been deferred: the Committee on Conscience, whose role was to address "the need to ensure that such a totally inhuman assault as the Holocaust--or any partial version thereof--never recurs."

In 1996, standing in the memorial space--the Hall of Remembrance--of the completed Museum building, Elie referred to the "long overdue" effort to create the Committee on Conscience. One of the most powerful ways to honor the memory of the victims of the Holocaust would be to call attention to genocidal threats today--and to do so in their name. The Museum was precisely the place to do it.

Harking back to his admonition to President Clinton, he said,

"Some people claim that precisely because the Museum is about a unique tragedy we must not use it to denounce other injustices. A case in point: when in my address at the inauguration ceremony of this Museum I pleaded with President Clinton to do something for Sarajevo, I was criticized by a distinguished columnist. He said that I shouldn't have evoked Sarajevo on this 'sacred' ground. Well--this ground is not sacred. It is important, informative and instructive--it is all that and more. ....We are duty bound to listen to the voice of our conscience. The question is only how we formulate its advice and commandments. We must be careful when we relate other tragedies to our own. In other words, a reference to Auschwitz is possible and permissible; an analogy to Treblinka is not."

And he concluded with this harsh reminder:

"Killers always have more power than their victims. But we too have power--the power of conscience."

Elie made sure he was at the Museum when the call to conscience was needed. In 2007 he was present when President George W. Bush gave a policy speech on the genocide in Darfur and announced new steps to confront the ongoing atrocities perpetrated by the Sudanese government against some of its ethnic minorities.

In 2012 President Barack Obama invoked his visit with Elie to Buchenwald before announcing the formation of the U.S. Government's first-ever inter-agency Atrocities Prevention Board. Elie took that occasion to remind the world yet again of one of the Museum's central messages: the Holocaust was preventable.

"We must know that when evil has power it is almost too late. Preventative measures are important. We must use those measures to prevent another catastrophe."

Holocaust memory in all its singularity stands--and always will--at the heart of the Museum. But if memory has a purpose, then understanding the past should help us do better at shaping the future. My very last meeting with Elie was to discuss the Museum's Simon-Skjodt Center for the Prevention of Genocide. As Elie said at the dedication ceremony, "the Museum is not an answer, it is a question mark." The institution is and provokes many questions. Thanks to Elie Wiesel, the question of whether the Museum should be a living memorial is no longer one of them. 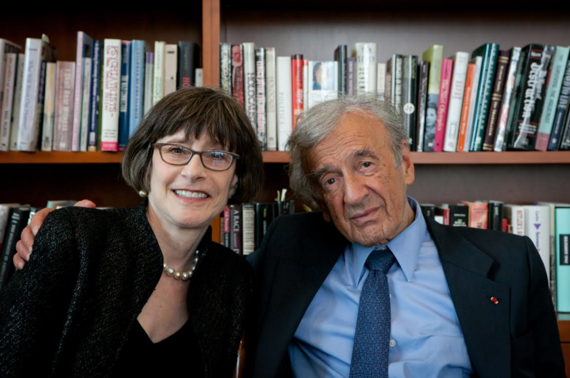