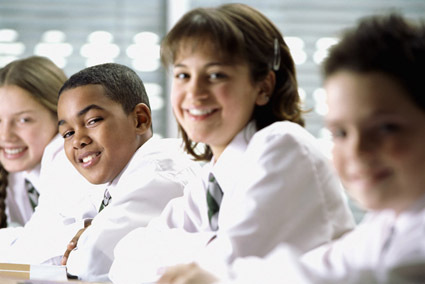 Imagine that the U.S. government released a report showing that the achievement gap between White students and African American and Hispanic children had been eliminated. (In fact, the gap has hardly budged since 1980.) Such a report would cause dancing in the streets, champagne all around, and a genuine sense of a job well done.

Just such a report was released, but in England, not the U.S. In that country, longstanding achievement gaps have been greatly diminished or eliminated, according to Ofsted, an independent government agency that manages school inspectors. As recently as 2007, White English students far outscored those who were Black African, Afro-Carribean, Pakistani, or Bangladeshi. Today, all of these gaps have disappeared, or are now very small, in reading and math. The result is that instead of worrying about the achievement gap, the English are worrying about the perceived low performance of White students. However, in actuality, White students also made gains over the same period, just not as much as minorities.

How did the English accomplish this feat of closing the achievement gap, and what can we learn from their efforts in the U.S.? Such a large shift may have many causes, but the Ofsted report gives the main credit to a massive investment made by the previous Labor government called the London Challenge. This initiative provided substantial professional development and assistance to high-poverty schools throughout the London metropolitan area. A Manchester Challenge did the same in that city. Since most minority students in England live in London or Manchester, this appears to have been enough to affect reading and math gaps in the entire country.

England is very similar to the U.S. in most ways. It has similar income per capita, and its overall scores on international tests such as PISA and TIMSS are similar to ours. However, some aspects of the English context may not transfer to the U.S. For example, the proportion of students in England who are minorities is just 7%, compared to 30% in the U.S. A key structural difference is that although there are districts (local authorities) in England, they are very weak. Principals (head teachers) and boards of governors for each school have great autonomy, but the national government plays a much stronger role than in the U.S. What this means is that if the national government decides to intervene to improve schools, they can do so, and this is what happened in the London and Manchester Challenges. Also, basic per-pupil funding in the UK is equalized, as it is in all civilized countries, and in fact schools with many poor or minority students get extra funding. This contrasts with the situation in the U.S., where funding is largely dependent on local or state tax receipts, so poor areas receive much less than rich ones. A London or Manchester Challenge therefore builds on a level playing field, while in the U.S., just getting to equality would be a major accomplishment.

The most important lesson from the English example is this: achievement gaps are not inexorable. Substantial investment and concerted effort can make a meaningful difference. The English example does not provide a simple road map for the U.S., but it should remove a lot of excuses for the persistence of gaps in academic achievement in our country.