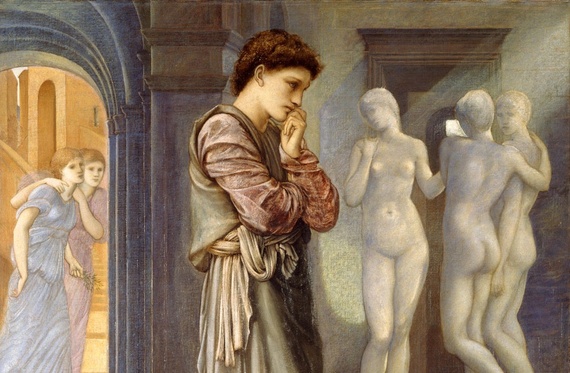 "Above all else, guard your heart, for everything you do flows from it." Proverbs 4:23

When Facebook launched on February 4, 2004 its popularity quickly spread around Harvard. For students the social network was a tool to stay in touch with other students. Mark Zuckerberg, however, had a bigger vision. He wanted to connect the world.

When investors started knocking on his door to buy the platform, they were surprised to hear that he was not interested in selling. "It's not about the price," he later told The New Yorker. "This is my baby, and I want to keep running it, I want to keep growing it."

When an anonymous financier from New York offered $10 million, Zuckerberg quickly rejected the offer. "He didn't for a minute think seriously about accepting," writes David Kirkpatrick, author of The Facebook Effect. Later that year when Zuckerberg moved to Palo Alto, he rejected Google executives, who wanted to know if he was interested to sell the growing social network.

In 2005, Viacom offered $75 million, which would have netted Zuckerberg $35 million. He was not interested. Viacom's second offer was also rejected. When MySpace asked for a meeting, he and Sean Parker, the first president of Facebook, only took the meeting because they thought the CEO was cool. But they knew they would not sell.

When Yahoo offered $1 billion in the summer of 2006, Peter Thiel, the first outside investor of Facebook, thought that they should at least consider the offer. Zuckerberg walked into the board meeting, however, as Thiel recounts, and announced, "Okay, guys, this is just a formality, it shouldn't take more than 10 minutes. We're obviously not going to sell here."

At every turn Zuckerberg rejected offers because he thought the company was more valuable than everybody else thought. "We built this to last, and these guys don't have a clue," Zuckerberg told Kirkpatrick.

What made him stick to his vision? On his Facebook page, Zuckerberg lists "Eliminating Desire" as one of his interests. "I just want to focus on what we're doing," Zuckerberg explained in an interview with Lev Grossman, "When I put it in my profile, that's what I was focused on," he said, "I think it would be very easy to get distracted and get caught up in short-term things or material things that don't matter. The phrase is actually 'Eliminating desire for all that doesn't really matter.'"

The idea originates from Buddhism. They argue that the freedom from suffering that results from desire is achieved through eliminating desire. Philosophers such as Immanuel Kant argued that eliminating desire is important as it allows us to differentiate between actions informed by reason and those that are informed by desire. If we want to build our vision of the future, we need to avoid actions that are governed by short-term thinking.

Whether it is distractions or addictions, we are all susceptible to short-term desires that have no lasting impact to our future. Technology makes it incredibly easy to get distracted. As soon as they are delivered, we push emails and messages onto our screens.

When a company underperforms one quarter, analysts, who focus on quarterly earnings, sell the stock. When Tesla Motors went public, CNBC's Jim Cramer recommended buying the stock. "But I want you out the first day," he insisted, "After Tesla becomes public, Tesla is a sell, sell, sell."

"You do not want to own the stock, you do not want to lease it, heck you should not even rent the darn thing." Over the years, Elon Musk, co-founder of Tesla, has proved him wrong. The flagship car the Model S has received outstanding ratings and the stock price has increased more than tenfold.

Politics is mired in short-term thinking. Politicians often cannot think beyond their own legislative period. If an issue serves society in the long-term, but does not ensure re-election, it gets avoided.

The secret to avoid short-term thinking is to eliminate desire. Obviously, that is easier said than done. A first step is to sacrifice those things that don't matter, those things that are unimportant. If a billionaire entrepreneur can do it, you can, too.

This was originally published at The Citizen, the student newspaper of the Harvard Kennedy School.