With not one, but two, scandal-ridden former politicians running for public offices, New York tabloid writers were sure to have their hands full. And on Monday morning, they proved that they were up for the challenge (though who would ever doubt them?). The Post and New York Daily News tackled the Spitzer announcement with their typical enthusiasm, referencing the prostitution scandal that led to his resignation. Take a look at their covers below. 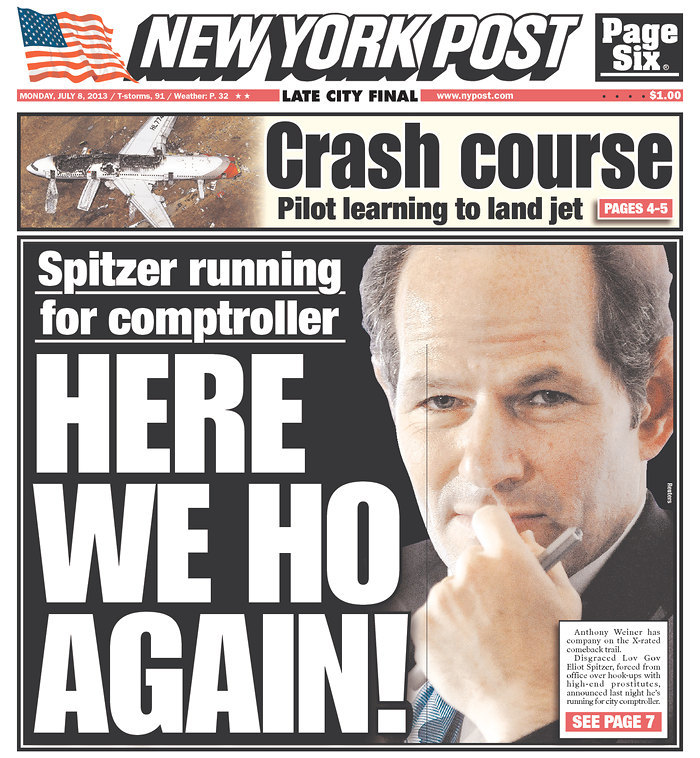 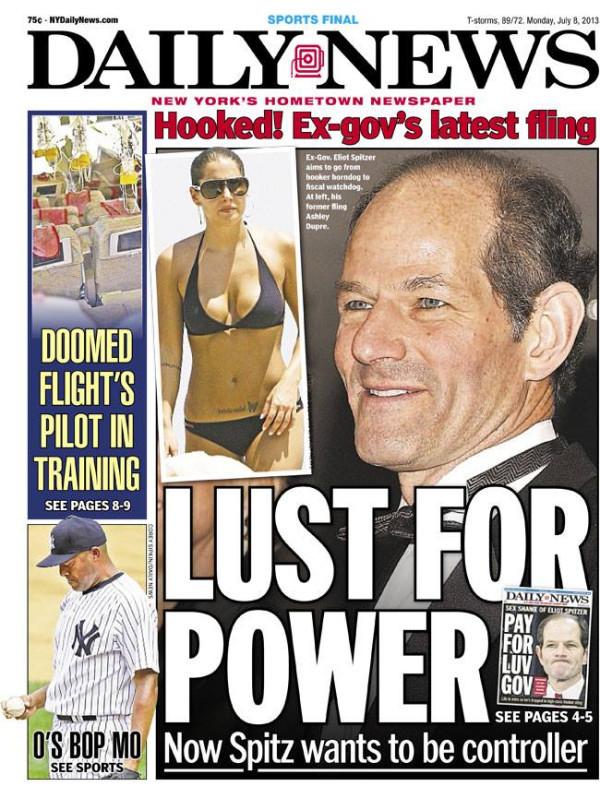