NEW YORK -- Eliot Spitzer, the disgraced ex-governor, cleared the first hurdle in his unexpected quest to become New York City comptroller by filing 27,000 signatures with the city Board of Elections to get on the ballot.

Spitzer, whose political career was all but over until he announced his surprise candidacy on Sunday, exceeded the threshold of 3,750 signatures required to get on the ballot. He had until midnight to file.

"I want to say thank you to the citizens of New York," said Spitzer standing in front of four boxes of petitions. "This is a demonstration of popular support."

His place on the September ballot in the Democratic primary election is not yet assured. The signatures must be validated by the city's Board of Elections and are subject to challenge from opponents. Signatures can be invalidated if a voter had already put his John Hancock on the petition of another comptroller candidate, is not a registerred Democrat in New York City or runs afoul of any number of other technicalities.

Because of New York's arcane rules, Spitzer needed roughly 15,000 signatures to feel secure that he could stave off challenges, according to a New York election lawyer.

Scott Stringer, the Manhattan borough president who had been frontrunner to become the city's chief financial officer before Spitzer entered the race, submitted approximately 100,000 names on his petition. It renders him virtually invincible to challenges, experts said.

Spitzer's entrance into the race for comptroller -- an office responsible for auditing the city's roughly $70 billion budget and managing roughly $140 billion in pension funds -- turned the city on its head this week. Voters have been unable to escape comparisons between Spitzer, who left the governor's mansion in 2008 amid a prostitution scandal, and Anthony Weiner, the mayoral candidate, who left Congress in 2011 because of a sexting scandal.

"You could have a cable TV show," said Baruch College public affairs professor Doug Muzzio. "It's the real politicians of New York."

To insure he found enough signatories, Spitzer reportedly tapped into his family fortune made in real estate. The Daily News reported he shelled out $800 a day to campaign workers to collect signatures.

"He's got a substantial personal wealth and he's willing to spend it," Muzzio told The Huffington Post. "He's a mini-Mike Bloomberg," he said, referring to the current billionaire mayor.

If Stringer, one of his allies, or someone else with an ax to grind pops up to challenge Spitzer's petitions, it may be weeks before the dispute is settled.

An initial ruling would be made by the Board of Elections -- a politicized body of 10 members with a Democrat and Republican from each of the city's five boroughs -- by the end of the month. The city's Democratic Party has thrown its weight behind Stringer's campaign.

Spitzer could appeal an unfavorable Board of Elections ruling to the state Supreme Court, which may not rule until mid-August. 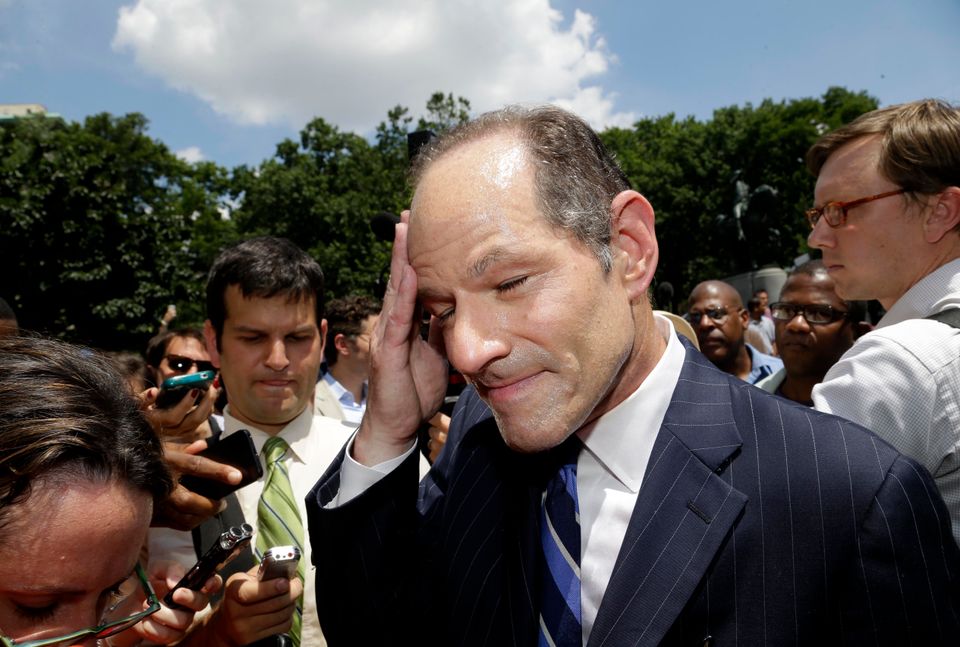