"Mad Men" fans still have several months to wait for the conclusion of the critically-acclaimed series, but the show's actors have already said their goodbyes, and according to Elisabeth Moss, it was pretty tough.

When Moss and Mark Duplass joined HuffPost Live on Monday to discuss their romantic comedy "The One I Love," the actress behind Peggy Olson gave host Ricky Camilleri the scoop on the cast's final days on the "Mad Men" set.

"The last three days were kind of like a funeral," Moss said. "It was just everybody crying all day long -- these big, giant men bursting into tears."

She added that star Jon Hamm wasn't among the weepers ("because he was working a lot"), but Moss did succumb to the end-of-production blues.

"I'm not going to call people out specifically who cried, but there were definitely some criers, including me," Moss said. 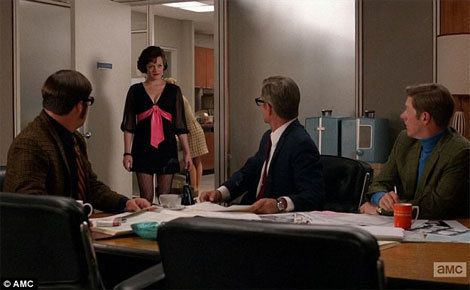