Elizabeth Banks has been open about her journey to motherhood and her experience using a surrogate since she and her husband welcomed their son into the world last year. Now, the "What to Expect When You're Expecting" actress is revealing in the June issue of Allure how her "30 Rock" co-star Alec Baldwin almost spilled the beans -- unintentionally, of course -- about her baby news.

Though she isn't able to carry a child on her own, Banks dons a fake baby bump in the pregnancy-centered film, and told the magazine the costume didn't really faze her -- until Baldwin made an almost psychic comment.

"The only time it really affected me was when Alec Baldwin looked me straight in the eye and asked me, 'Are you pregnant right now?' And I blanched totally. Because of course, technically, no. I wasn't."

Little did Baldwin know at the time that Banks and her husband, Max Handelman, would soon become parents to baby Felix in March 2011, via a surrogate.

"It's essentially a test-tube baby -- it's just that the test tube is another woman," Banks told Allure. "That you can grow a baby outside of yourself! It's just amazing!"

Banks even blogged about the wonders of surrogacy for iVillage earlier this year, and thanked the woman who helped give her and Handelman a son.

"Just over a year ago, my son Felix was born via gestational surrogacy," she wrote. "He came out of me nine months early and because of my broken belly, his babycake was baked in a wonderful angel's oven and now -- I can't believe it -- he's a year old and walking. He has expanded my capacity for joy a thousand-fold."

For more from Banks, head over to Allure and don't miss the June issue, on newsstands May 22. 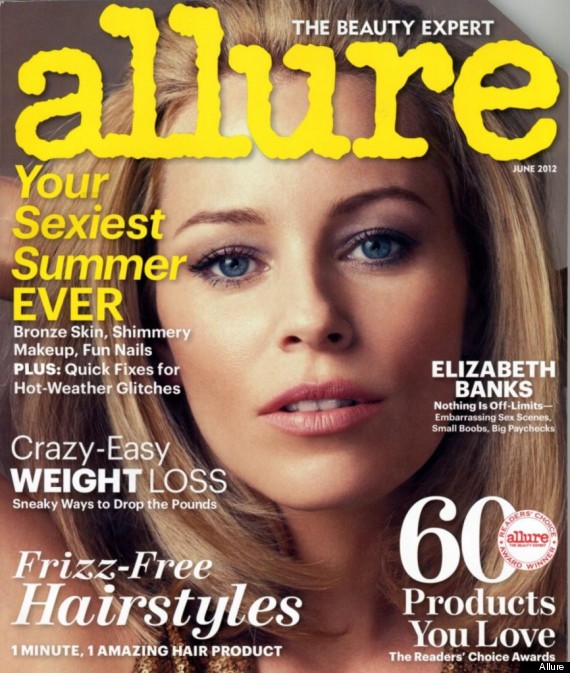