Elizabeth Crook's novel Monday, Monday begins with Charles Whitman's August 1, 1966 shooting rampage from the University of Texas tower that left 16 dead and 32 wounded, and follows the lives of three fictional students who were on campus that day. The novel deftly explores how the massacre affects them over the following four decades.

With over 30 firearms attacks at U.S. schools this year alone, Crook's humane examination of the ramifications of the nation's first major school shooting could not be more timely.

Booklist calls the novel "a vivid portrayal of resolve in the face of great tragedy."

I spoke with Elizabeth Crook about Monday, Monday, the UT tower massacre, and the phenomenon of school shootings in the U.S.

Mary Pauline Lowry (MPL): The UT tower massacre has always loomed large in the American imagination. And it has (at least indirectly) affected American letters--Don DeLillo read of the massacre in the newspaper the day he started his first novel. But there has not been much fiction written about the shooting. What made you decide to write a novel about the massacre and its aftermath?

Elizabeth Crook (EC): I was interested by a Texas Monthly article that told the story from the viewpoints of people who had been there during the shooting and had witnessed what happened. The story wasn't about Charles Whitman or what he did; it was about how people reacted to the event at the time, and how they felt about it forty years later. When I read it I started wondering what it's like to start out across a sunny campus in the middle of the day, with a plan for where you're going, and then to find yourself wounded and carried off in a different direction, with a different life in front of you--everything changed in an instant by a total stranger. How would you deal with that for the next forty years? Is forgiveness really even an issue? The book I ended up writing is an attempt to answer that question for my characters. It's not a story about Whitman, but about how these characters reconcile with what fate has handed them. They don't necessarily make peace with the past, but they go on with their lives. 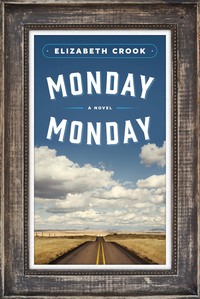 MPL: When Charles Whitman began shooting from the 28th floor of the observation deck of the University of Texas tower, many students began shooting back at him--at that time many students had deer rifles or other guns in their dorm rooms. Why do you think that in the 1960s, despite the fact that gun ownership was so prevalent--at least in Texas--there were few to no school shootings compared to today when school shootings are such a tragically common occurrence?

EC: Today we have a bigger mental health problem, and we've made it easier for people to buy guns than to get mental health care. We also have news coverage that fixates on mass shootings and keeps them in our consciousness all the time. In 1966 Charles Whitman generated a lot of news coverage: The Associated Press and United Press International both ranked the story as second only to the Vietnam War in importance. But back then, news wasn't the same. It wasn't accessible to everyone all the time, 24/7, so it didn't feed the public psyche in the same way it does now or inspire the kind of copycat incidents that we see today. The Whitman shootings sprang up out of nowhere; no one in this country had heard of such a thing before. Today's school shootings boil up out of a whole culture that's fed partly by the graphic and dramatic news coverage.

MPL: Do you feel that the passage of state and/or federal gun control laws is the key to preventing future school shootings? If not, what is?

MPL: My aunt was on the UT campus hours before the UT tower massacre occurred; and my grandfather, an orthopedic surgeon, performed emergency surgery on many of the survivors of the shooting at Austin's Brackenridge Hospital. I'm guessing that if the tragedy touched my family in these ways, it probably touched most everyone in Austin in some way as well. Monday, Monday implies that the shooting profoundly changed the lives of some of those on campus that day who were not actually shot, but who merely witnessed the violence. Can you talk a little bit about this ripple effect of violence, and how you wrote about it in the novel?

EC: It's surprising to me how many people in Austin I run into who were there that day, or who lost someone they knew. Just last week I was talking with a group of seven women in a book club and learned that two of the women had been on campus during the shootings and another had taught at an Austin high school with Charles Whitman's wife--whom he murdered the night before the incident. I've met people who were shot, people who risked their lives to help others, people who didn't and later struggled with the question of why. I've met people who barely missed being shot--who saw the bullet hit someone standing nearby instead--and who, for nearly fifty years, have tried to justify why they're still alive and that other person is not. 1966 was a long time ago, but this story is still very much with us. 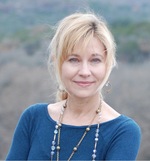 Elizabeth Crook
MPL: In Monday, Monday, the character Wyatt Calvert, who helps to drag the gravely injured student Shelly to safety, is also a painter who paints with extreme realism--his paintings look almost like photographs. Monday, Monday is written in a realistic style, with a linear narrative. Why did you chose to write in this style for the novel? And was there any intentional correlation with Wyatt's style of tempera painting?

EC: I didn't intend a correlation but I'm not surprised there turned out to be one. The lives of the characters in the story are complicated; each life is a mixture of fate and the choices the characters make. So I wanted other aspects of the book to be simple--the writing to be clean and the story to move directly forward so the reader could see it develop chronologically, in the same way the characters live it. Wyatt's method of painting is an old style that involves meticulously applying a number of thin layers of egg tempera, one on top of another. I told the story in the same way that Wyatt paints his pictures: layer on layer to make up the whole. In the final chapter Shelly looks at a row of Wyatt's paintings displayed on a wall, and her impression at that moment illustrates the point in your question:

"She tried to see into the depths and decipher all the pale layers of color, but as always, she was stopped by the picture--the obvious whole. People, buildings, trees. Wet leaves and porous stone. They hung in front of her, as detailed as her own life, the thin layers of paint blended as inextricably as days that were over, adhered to one another as tenuously as flakes of pastry dough. The shades were lost in one another. They eradicated each other."