Kidnapping survivor Elizabeth Smart and her father have joined the family of Elizabeth Elena Luna Salgado in an effort to raise awareness about the woman's disappearance. 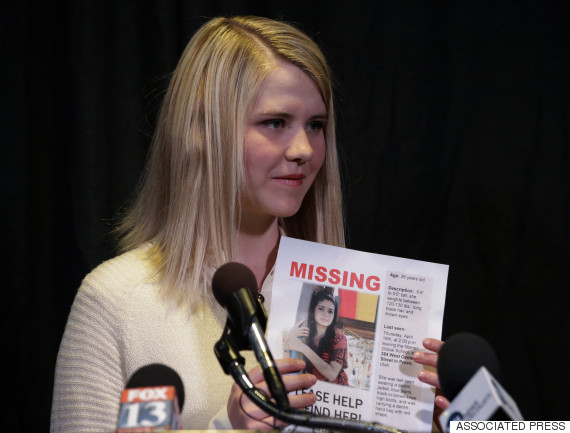 "I do believe she's alive and I do believe we can bring her home," Elizabeth Smart said during a press conference at Rio Tinto Stadium in Sandy, Utah, on Friday. Sandy is a suburb of Salt Lake City.

"We want to reach out in any way we can to bring her home," Ed Smart added.

In June 2002, Elizabeth Smart, then 14, was kidnapped from her Salt Lake City home by Brian Mitchell and his wife, Wanda Barzee. Smart was held captive for nine months, during which time she was threatened and sexually abused. Her ordeal ended in March 2003 when a viewer of "America's Most Wanted" spotted the trio in Sandy, Utah, and notified police.

Mitchell was ultimately sentenced to life in a federal prison. Barzee received a 15-year sentence for her role in the kidnapping.

Smart, now 27 and married, is an advocate for missing persons and prevention of crimes against children.

"I feel like now, we are a team," Salgado's uncle, Rosemberg Salgado, told reporters of the Smart family's involvement in his niece's case. "Elizabeth, we will find you. We have faith that we will find you."

"Her classmates saw her leave class and turn as though she was heading to her apartment, which is about 18-19 blocks away," Post told The Huffington Post. "That was the last anybody saw or heard from her."

Salgado, Post said, has only been in the U.S. for about a month, after returning from a mission for The Church of Jesus Christ of Latter-day Saints in Mexico. She speaks little English and was attending the school on an English scholarship.

Salgado's family reported her missing to police on April 17.

"We don't have any indication of foul play, but this behavior is very outside the norm for her," said Post. "She [typically] keeps in constant contact with her family via phone calls and text messages. Since [her disappearance], there has been no activity in her email, social media, cell phone or financial accounts. She just vanished."

Authorities have retrieved surveillance footage from a local business that shows a woman matching Salgado's description walk to the Nomen Global School on the day of her disappearance. However, the same camera did not capture her on her walk home, police said.

Law enforcement and concerned members of the community have conducted multiple searches for the missing woman, but those searches have yet to turn up any new leads. Detectives are now looking to question two unidentified men who had reportedly asked Salgado out on dates, but were turned down.

Meanwhile, Post said authorities are grateful for the added media attention Elizabeth Smart's involvement is bringing to the case.

"This is probably one of our best bets right now -- to get it out there as much as we can," he said.

Elizabeth Salgado is described as 5 feet 4 inches to 5 feet 5 inches tall, 120 to 130 pounds, with long black hair and brown eyes. She was last seen wearing a denim jacket, blue jeans and black or brown knee high boots. She was carrying a denim handbag with red straps.

"Someone knows where Elizabeth Salgado is, and they need to [help us] find her," Elizabeth Smart said Friday.

Anyone with information is asked to contact the Provo Police Department at (801) 852-6210. The family has also created a Facebook page to share information in the case. 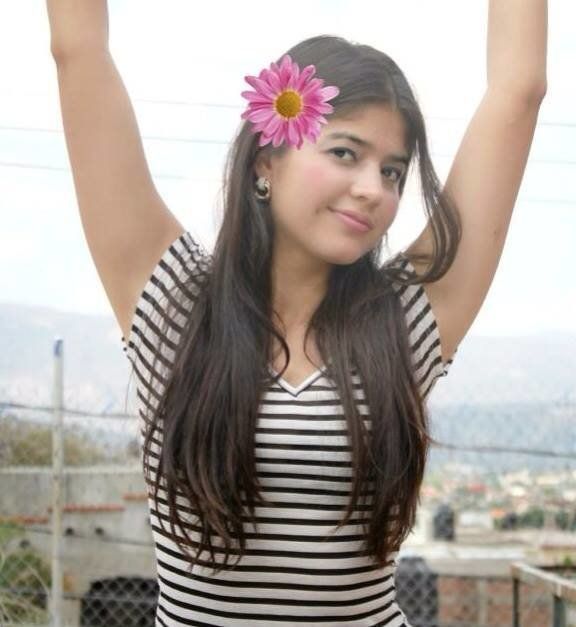 Elizabeth Smart Joins Search For Elizabeth Salgado
Cold Cases
1 / 18
El Dorado Jane Doe
We know who killed her. But we still don&rsquo;t know her name. That is the enduring mystery that has left investigators stumped for more than two decades. Despite the passge in time, authorities beleive someone, somewhere, can still help solve the identity of the woman known as El Dorado Jane Doe.<br><br><strong>READ:</strong>&nbsp;<a href="https://www.huffpost.com/entry/eldorado-jane-doe_n_56e6d679e4b0b25c918276a3?x3l3di" target="_blank">We Know Who Killed Her. But 24 Years Later, We Still Don&rsquo;t Know Her Name</a>
El Dorado Police Department