The 99-year prison sentence imposed by a Dallas judge last week on a mom who glued her 2-year-old daughter's hands to the wall was more than a punishment -- it's an unexpected warning to child abusers across the state.

The details of the physical abuse virtually assured a lengthy term, lawyers told HuffPost. Elizabeth Escalona stuck her daughter Jocelyn's hands to the wall at the end of a brutal beating last year that left the toddler with a fractured rib, bleeding in her brain and bite marks. It sent her into a coma for days. The 23-year-old mother of five exploded in rage because of potty training challenges with Jocelyn, according to testimony from her other children.

"It is very unusual and it's high time," said Madeline McClure, executive director of anti-child abuse organization TexProtects. "There's too much leniency in letting parents go."

The severity of the violence in Escalona's case was heart-wrenching, but the case didn't involve sexual abuse, and Jocelyn survived and is expected to fully recover physically.

Hon has prosecuted fatal child abuse cases in southeastern Polk County that resulted in shorter prison terms. However, he cautioned against comparing other cases to this one. "It may just mean that the judge in this case was trying to send a harsh message."

Texas needs help deterring child abuse, experts said. It leads the country in child deaths from abuse and neglect, according to statistics reported by CBS affiliate KTVT earlier this year.

Mitchell could have sentenced Escalona to anything from probation to life. She pleaded guilty in July to one count of first degree injury to a child, a crime more serious than attempted murder in Texas.

The 99-year sentence demonstrates Mitchell's apparent belief that Escalona cannot be trusted in society, especially around her children, observers said. She is eligible for parole in 30 years

"I expect he didn't think there was much chance for rehabilitation," said Barry Sorrels, a Dallas defense attorney. "The facts in a child abuse case can be so aggravated and so horrific that a sentence of life can be justified."

Tapes of Escalona as a teen threatening to kill her mother were played during the sentencing phase, as well as graphic photos of bruises on Jocelyn. The prosecution said Escalona was a former gang member and labeled her a "liar" and "monster."

Mitchell, a Democrat reelected to the bench in 2010, didn't return repeated calls for comment. During the sentencing, he said: "On Sept. 7, 2011, you savagely beat your child to the edge of death … for this you must be punished."

Defense attorney Angie N'Duka tried to elicit sympathy for her client by saying that Escalona was raised in a home where drugs and violence were common. N'Duka didn't return calls from HuffPost, but told reporters last week that the sentence "is way too harsh. She is just a kid. She's only 23-years-old. She's been a victim all her life."

After a conviction, defendants in Texas choose either a judge or jury to decide their sentence. Given the graphic evidence presented, it's unlikely jurors' sentence would have been better for Escalona.

Whether or not Escalona would have fared better in front of a jury is impossible to know. Lead prosecutor in the case, Eren Price, however, told HuffPost that she got what she deserved.

"I've never had a case like this with a collection of injuries that I believe constitutes child torture," said Price, who wasn't surprised by the sentence. "The judge delivered what is justice for Jocelyn. Jocelyn deserves to go through life with as much peace as we can give her." 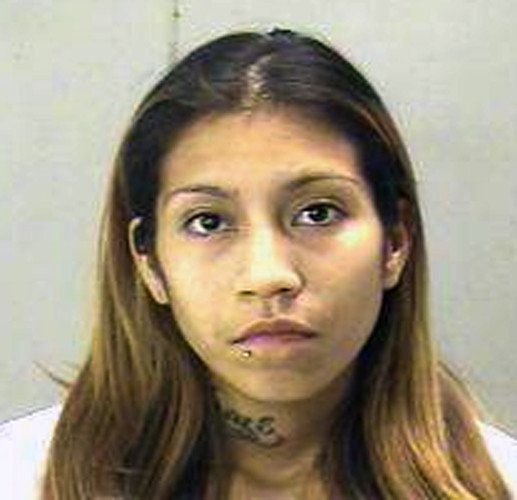 1 / 10
Elizabeth Escalona
FILE - This undated file handout photo from the Dallas County Sheriff's Department shows Elizabeth Escalona who admitted to beating her 2-year-old daughter and gluing her hands to a wall. Escalona pleaded guilty July 12, 2012 to injury to a child. The young mother is scheduled to be sentenced Monday, Oct. 8, 2012, and faces up to life in prison. (AP Photo/Dallas County Sheriff's Department)
AP