Elizabeth Gilbert gets raw and real to talk inspiration, individuality and creativity. The following is an excerpt from ORIGIN Magazine.

Chantal Pierrat: What is it right now that is stoking your passion? What perspective or practice is setting you on fire?

Elizabeth Gilbert: Returning to writing fiction after 13 years away from it. Returning to the rootstock of my whole life as a writer. It’s what I had wanted to be for my entire life, since I can remember, since my particular time immemorial. It’s how I got my start as a writer. My first two books were a short story collection and a novel. Then I took this weird, sharp left turn away from that aspect of my imagination, and very much into the world of the real. For the entire decade of my 30s and the early part of my 40s, I didn’t write a word of fiction. I just left that behind, this dream of my life. It wasn’t a bad idea -- "Eat, Pray, Love" came out of it. I moved into journalism, biography, memoir (in that order), and started to feel like I had left behind something really important. I made myself come back to it, even though it was frightening and intimidating. I wasn’t sure if I still even knew how to do it or why you do it. I felt like I had to return or else it was going to be gone forever. So that’s what I’ve spent the last few years doing and what I’m going to spend the next few years doing. It’s such a homecoming. I feel all abloom with excitement.

CP: Do you feel that there’s any real in the unreal? Or vice versa?

EG: I think there’s more real in the unreal than there is in the real. I think the thing that I lost in myself when I stopped writing fiction and the thing that I rediscovered and started mining again is, for lack of a better word, magic. It’s the way you can brush up against the inexplicable and the mystical. I’ve always thought of my writing as a spiritual practice. But I think that fiction is the most supernatural kind of writing that you can do -- or that I can do -- because of the ways that the real and the unreal weave together to create something that feels more true than anything. It feels like a collaboration between yourself and inspiration, a collaboration between the facts upon which your book is based and the lives you invent around those facts. There’s this great kind of spooky dance that happens that I can’t access any other way. I think most of us are given kind of one pathway to that dance, and that’s why I’m a writer -- it’s the only way I can get there. I can’t do it through art, I can’t do it through singing, I can’t do it through mothering, I can’t do it through invention. There are other ways that people participate in that collaboration. This is the only way I can do it. What happens and what you encounter, what you collide with -- it’s so exciting and revealing about how much more interesting and tricky the universe is than we think in our daily lives. 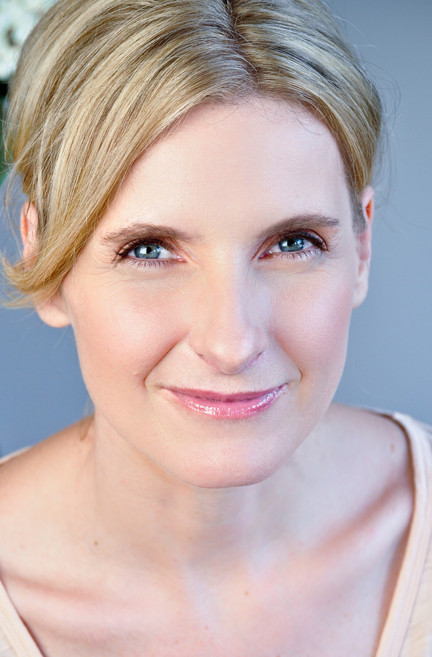 CP: Since you are coming from the world of memoir with your last two books, how are you represented in this new work?

EG: Somebody said once that when you write fiction, you’re writing memoir, and when you’re writing memoir, you’re writing fiction. When you write a novel, there’s a level at which you are much more revealing about who you are because you’re less self-conscious about how you’re presenting yourself. You are accidentally leaving your DNA all over everything in a novel because it’s all coming from you. I had a wonderful conversation with my friend, the novelist Ann Patchett, after she read this book, and she said, “It was so exciting to read that character and see bits of your hair and fingernails growing out of there! I think that what I personally know about you was showing up in this person who you invented. Who you can also embolden to do and be things that you would never do or be.”

It’s funny. So I’m all over this book. It’s about a 19th century botanical exploration. My character, Alma Whittaker, is a botanist who is the daughter of a great botanical entrepreneur, and she’s looking for nothing less than the signature of nature. She’s a real scientist and she’s stubborn about her quest. At the same time, this novel is a love story, and there are great disappointments in the love story. All of women’s stories in the 19th century had either one of two endings: you either had the good Jane Austen marriage at the end and you were happy; or you had the terrible Henry James savage downfall because of your own hubris as a woman, or you’ve made some great error leading you down a path to ruin. One is the story of love that’s successful and the other is the story usually of reckless love that goes terribly wrong that destroys the woman.

But the reality, certainly in my life, is that we all have love stories that go terribly wrong; we all have horribly broken hearts. And somehow we endure. We’re not destroyed by it. We endure and go on to do interesting things and have worthy lives, even though we carry our heartbreaks with us. That’s a kind of personal story of mine that I don’t think I would tell in memoir but I do think I can tell in fiction. 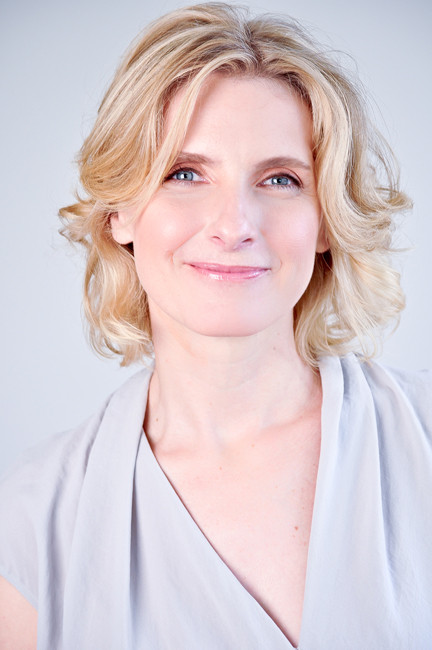 CP: How has disappointment changed you?

EG: It softens me. It makes me be a more sensitive, kinder person. I know what it feels like to be bruised; I know what it feels like to carry things around with you that never totally heal. There’s closure and then there’s stuff that’s kind of like, Well, I guess it’s going to be in the minivan forever. And you carry it with you and you continue on your journey with your minivan full of stuff, which I think most of us do.

All the parts of us that we ever were are always going to be with us. You make space to carry them and you just try not to let them drive. But you can’t chuck them out either. I think I have more compassion than if I had led a life where everything worked out exactly as I had planned or if I had never been wounded or if I had never been betrayed or I had never been harmed. I don’t think I would be as good a person. I’m still aspiring to be a better and better person, but I think those disappointments have made me gentler with other people and their disappointments, the stuff that they have to carry around and endure.

CP: In "The Signature of All Things," the character is looking for meaning through plants and nature. Is this a reflection of a connection that you might have?

EG: My mom is a master gardener and I grew up on a farm. I came back to it really late in life and discovered that despite how lazy and inattentive I was as a child, I had managed to accidentally learn quite a bit about gardening. This is a nice metaphor, too, about mothers and daughters -- that when it came time for me to make my own, I was making a completely different garden than the one that my mom has. They don’t look like they came from relatives. Hers is a very productive and pragmatic vegetable garden, and mine is a ridiculous overabundance of useless plants. It doesn’t feed anybody, it doesn’t serve any purpose. I guess it feeds hummingbirds.

It’s definitely a question of following your fascination. When you want to do something creative and you want to do something new, you have to start with the thing that’s making you want to jump up out of bed in the morning, and for me that thing was gardening. I thought, this book is going to have to be about plants, otherwise I’m not going to want to spend three years with it; I’ll resent it if it’s taking me away from the garden.

CP: What do you think the world needs from women right now?

EG: I think the world needs women who stop asking for permission from the principal. Permission to live their lives as they deeply know they often should. I think we still look to authority figures for validation, recognition, permission.

The best and most powerful things that I’ve done in my life were when I decided that I don’t f*cking need somebody to tell me that I can do it. To just go and make it myself, do it myself, build it myself, do the project first and not bother along the way to get the requisite paperwork. That requires faith. Primarily it requires a faith in the condition that you are allowed to exist. You are here and you are allowed to be here and therefore you are allowed to make decisions about yourself and the people in your life; rather than sort of backing up and making sure it’s okay with everybody at every turn.

CP: Hallelujah! Do you have a consistent practice or a perspective that helps you through times of contraction?

EG: I do. It all comes down to these two words: “stubborn gladness.” It’s from a poem by my favorite poet, a guy named Jack Gilbert. He’s sort of the poet laureate of my life. He has a poem called “A Brief for the Defense.” In the poem he says, “We must have the stubbornness to accept our gladness in the ruthless furnace of this world.”

Which is not to edit him but I guess that’s how I took him in. He carefully put those words in the order that he wanted them, but somehow in my mind they just go into the furnace and come out like two ingots, sort of melded together, these two words that I keep together. Stubborn gladness.

What I love about the line is that it doesn’t deny the reality of the ruthless furnace of the world. That God wants us to be in joy, God wants us to be happy. Because of this extraordinary consciousness and this great ability for wonder and marvel, and without denying any of the terrors and horrors of the world, we also have an obligation toward joy and toward miracle and excitement. I feel like if I were to get another tattoo, it would probably be those two words. Just stubborn, stubborn, stubborn gladness.