Elizabeth Gilbert, the best-selling author of Eat, Pray, Love, The Signature of All Things, and Big Magic, explains her relationship to imagination and the secret to being Most, not just Best, in Show. 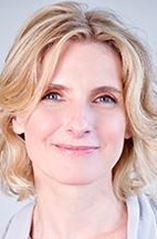 Omega: Your creative process is steeped in preparation, exploration, and a huge amount of research. Do you see a distinction between creativity, inspiration, and imagination?

Elizabeth: I think for many people they associate creativity with pure imagination and I don't. I can't, because if I did I would never have anything. I never really lived in imagined worlds the way I know other people have.

What I talk about is not waiting around for inspiration. It's all from an active imagination--you have to imagine that you can even write a book. I think Picasso said, "When inspiration comes let it find you working." That's where I find it--if I work really hard it will come and meet me. There's faith in that because there's no guarantee, you can work really hard and it doesn't work. Every project begins with this leap of faith.

One of my proudest moments in life was in 1979 at the 4-H fair in my hometown when I made this decision that I was going to win Best in Show in Home Arts in my age group. The way I decided to win was to put a submission in every single category, which I spent the whole summer doing with my very patient mother. I made pickles, bread, and pies. I made a teddy bear, a jumpsuit, a first-aid kit for the car, and an embroidered snail that I still have. I made anything that you could submit. I was in this frenzy because I wanted to win. Of course I didn't, because if you make 600 things none of them are made particularly well. This kid, not that I'm still holding a grudge about this guy whose parents owned a Greek restaurant, won for his baklava--the only thing he submitted.

I was destroyed. Then later that afternoon some judges noticed that 60 percent of the exhibits were from one person and made up a special award for me called Most in Show. I was really proud. That's what I am, I'm Most in Show. Not always Best in Show, but definitely Most in Show. I will show up really full-on and sometimes it works out and sometimes the kid with the baklava wins.

Explore more in the category of Creative Expression.