In January 2015, Elizabeth Lesser’s younger sister Maggie died after a long battle with lymphoma. Elizabeth, who had donated bone marrow to her sister when the cancer initially returned, was devastated. Then, two weeks after Maggie’s death, Elizabeth says the two met again in a “visitation dream.”

As Elizabeth explains to Oprah on OWN’s “SuperSoul Sunday,” her study of visitation dreams has led her to notice that most of them have very similar qualities. For example, the deceased person who comes back is usually young, healthy and vibrant. This is exactly what Elizabeth experienced in her vivid dream involving Maggie.

“She was in a room, and I was so surprised to see her. I was like, ‘But you died! How come you’re here?’” Elizabeth recalls. “She didn’t speak. She went into a room ― a large auditorium ― where a movie was being shown. I went to find her, because she walked very fast. I found the seat where she had sat down, but when I looked to my left to see her, it was someone else. It was a man... Who is this man? Is he my ex-husband? Is he all the people I’ve hurt? There was a sense in this man of being very judgmental toward me, of not seeing my soul, of not liking who I was.”

That’s when Elizabeth woke up with a start, immediately wondering what this dream meant and who that mysterious man was.

That message really resonated with the author.

“That just rang so true,” Elizabeth says, “that she’d come back to say, ‘Everything you tried to teach me, Liz, do it yourself now. And do it for real.’”

“SuperSoul Sunday” airs Sundays at 11 a.m. ET on OWN. You can also watch full episodes for a limited time on SuperSoul.tv, or catch up on past seasons on demand via the Watch OWN app. 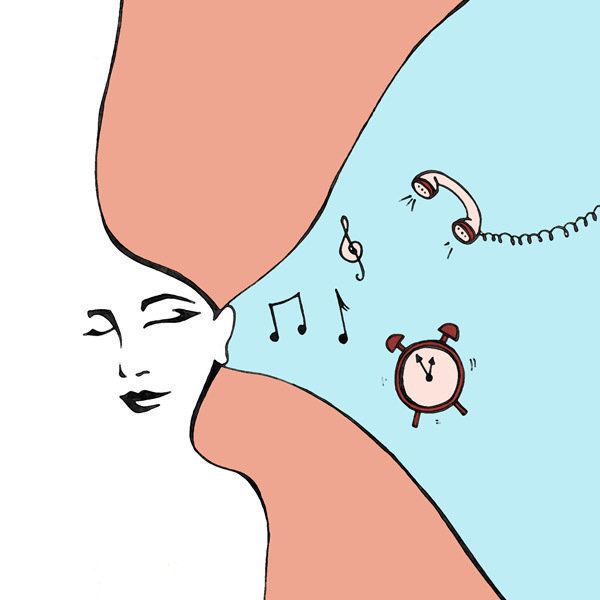 1 / 6
Sounds
If you’ve ever incorporated the sound of your alarm clock into your dream -- maybe it became a fire alarm or a whistle -- you know that real-life sounds can find their way into your dreams’ storylines. An <a href="http://www.dreamonapp.com/" target="_blank">app</a> even monitors sleep and plays sounds specifically designed to evoke certain dreams. Loewenberg attests that soundtracks can influence the content of your dreams, and while she doesn’t recommend making a habit out of this -- again, it interferes with the cognitive work your dreams are meant to accomplish -- she says that “it’s OK, once in a while, if you want to influence a really awesome dream, to play your favorite album quietly while you sleep. Or maybe the sound of the ocean, if you want to dream about a romp on the beach with Ashton Kutcher.” <br><br>For a restful sleep, though, she recommends white noise: It drowns out the other sounds around you and should improve your sleep, allowing for organic dreaming.
Costanza Theodoli-Braschi