Three cheers for Elle Quebec, who decided to give their readers a gift this month with an awesome new cover model. Justine LeGault, who poses for the May 2013 issue, is a plus-size model with gorgeous blonde hair and a size 14 bod, both of which she showcases on the lovely new fashion cover.

Unlike so many mag covers featuring curvier women, Elle Quebec's shows Justine's whole body, with the camera angle tilted to highlight her bare thigh. As a self-declared "International Curvy Model," LeGault has nothing to hide -- and neither does Elle. The new issue has been highly praised by Internet commenters and editors, success that should indicate to other fashion editors that they have nothing to fear by featuring more shapely models.

In fact, after the cover was released, LeGault took to her Facebook with the following message:

It is. Other fashion magazines have received similar praise, such as French Elle when it put plus-size model Tara Lynn on the cover and Vogue Italia when it debuted its famous "curvy" issue in 2011 with models Tara Lynn, Candice Huffine and Robyn Lawley. (Lawley, if you recall, also recently became tthe first plus-size model to star in a Ralph Lauren campaign.)

So are the tides turning? With Lawley, Lynn, Huffine and now LeGault, do you think plus-size models are on the verge of truly breaking through?

Fingers crossed. Check out LeGault's May 2013 cover and a behind-the-scenes video of her shoot below! 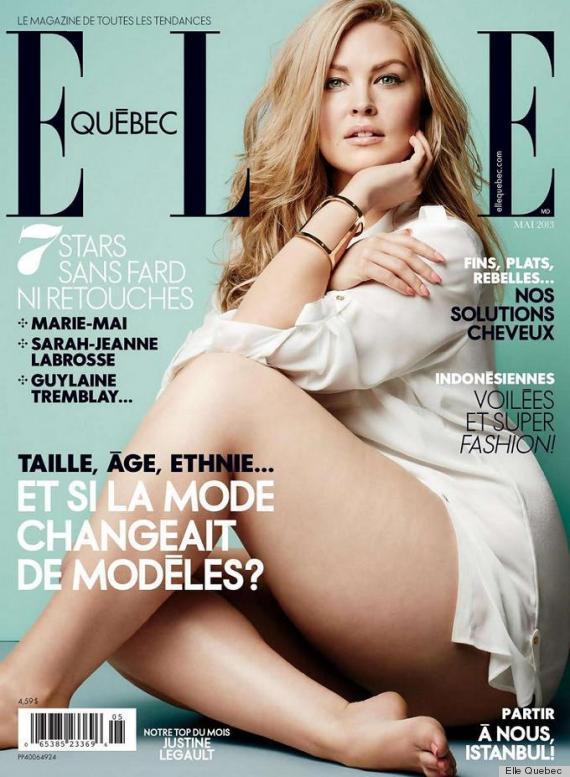