Witherspoon wowed in a red Calvin Klein collection dress as her pal Chelsea Handler presented her with an award. But instead of pointing out her Oscar-worthy films, Handler decided to bring up Witherspoon's disorderly conduct arrest video, which hit the Internet in April following her husband's DUI.

"Personally, as a true friend, my favorite project of hers was an overlooked short film that she made earlier this year," Handler said. "She plays a very inebriated housewife defending her inebriated husband ... And if you haven't seen it, you can go on YouTube."

Witherspoon doubled over in laughter in her seat ... and her husband Jim Toth, who sat right next to her, enjoyed a good giggle, as well.

See photos from the red carpet below: 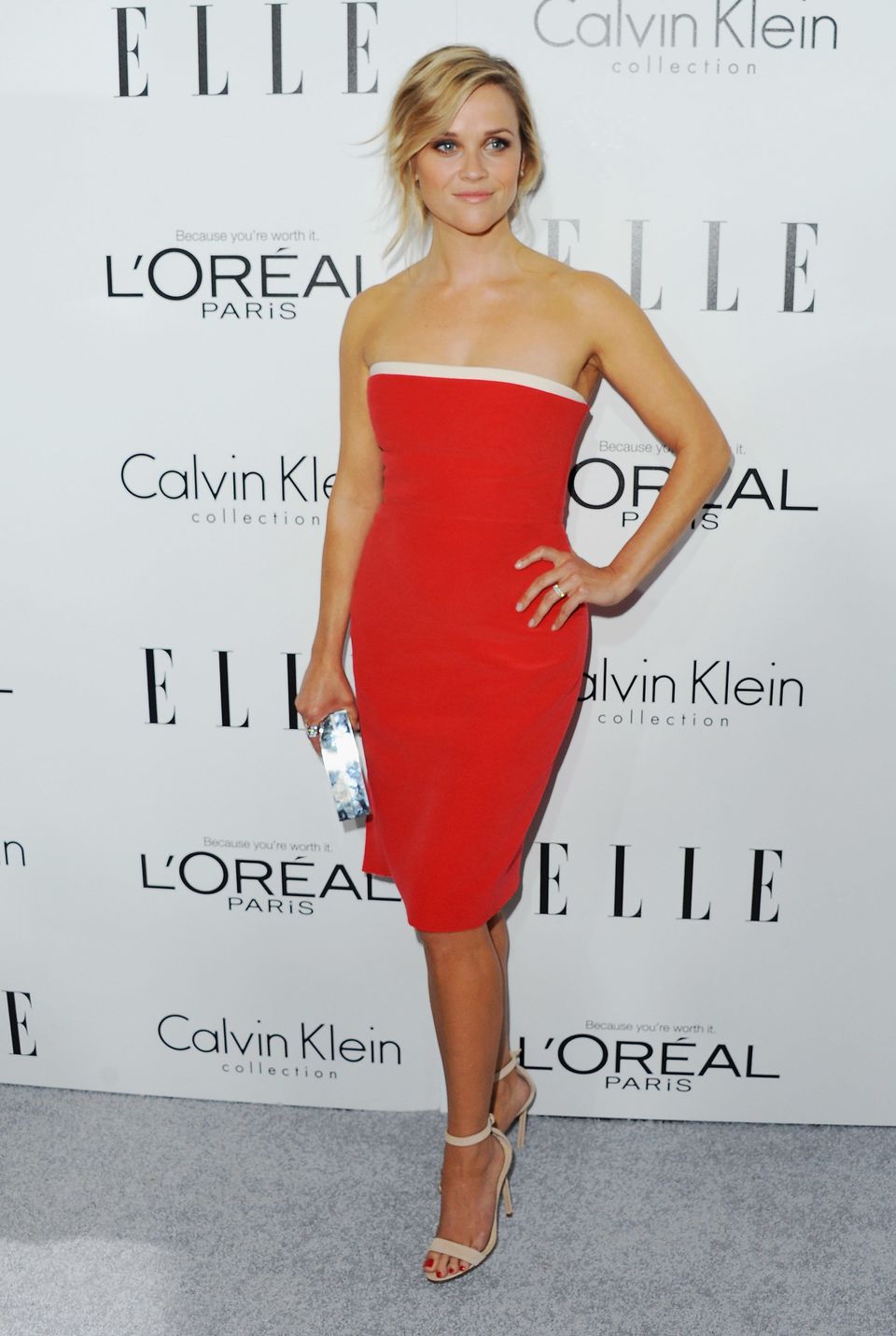