LA talk’s top dog Ellen Degeneres and her actress wife Portia de Rossi have officially put their 26 acre, 8-cottage Hidden Valley, California ranch home on the market after months of it laying low as a pocket listing. The magnificent estate is just one of the many homes Ellen and Portia share together.

In 2010, Portia de Rossi released her memoir, Unbearable Lightness: A Story of Loss And Gain, and appeared on Oprah to talk about her lifelong struggle with anorexia and bulimia. People.com reports from the show that de Rossi credits her deep love of horseback riding for helping her through her eating disorder. While on the Oprah show, de Rossi took the audience on a tour of the farm home (see video above) and spoke about how much the property meant to her: "This is where Ellen and I come almost every weekend just to get away from it all. It’s been the most amazing relaxing place for us. It’s my most favorite place on earth." According to Realtor.com, the property accommodates 12 horses and has a stable lounge, jumping arenas and a judges’ stand. The ranch house also has a windmill, tree house, basketball hoop, tennis court and a yoga pavilion.

Realtor.com adds that Ellen bought the home in 2009 for a reported $10 million. In June of this year, the couple also put their Beverly Hills mansion on the market for an ‘available upon request price,’ but the LA Times tells us it was close to $49 million. 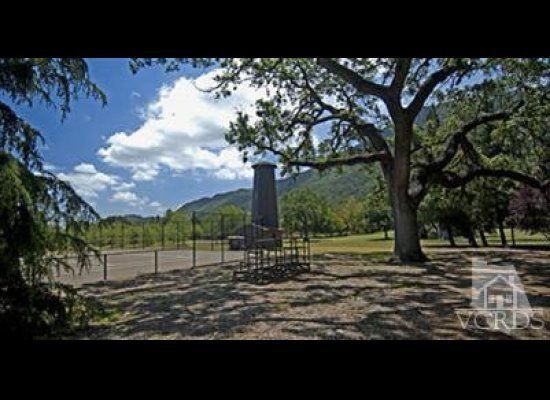