Ellen Page is in a much different place today, nearly three months after she publicly came out as gay.

“The more time went by, the more something just happened, an Oh my god -- I want to love someone freely and walk down the street and hold my girlfriend’s hand," Page says of being in the closet for Flare magazine's June 2014 issue. She came out to her parents when she was 19, but on February 14 she came out to the world at a Human Rights Campaign event supporting LGBTQ youth.

“I was very nervous. I was very nervous, yes. Yes. Very, very nervous. Yes. I was emotional, deeply, deeply emotional," she says. “You think you’re in a place where you’re all I’m thrilled to be gay, I have no issues about being gay anymore, I don’t feel shame about being gay, but you actually do. You’re just not fully aware of it. I think I still felt scared about people knowing. I felt awkward around gay people; I felt guilty for not being myself.”

The 27-year-old actress expected "so much more hate" after coming out, but she said the overall response was "remarkably positive." Still, there were some naysayers. The day after the Vegas event a pastor on a flight gave her a note, which she originally thought was a supportive missive, but eventually found out was really a chastising signed "Your Heavenly Daddy."

“It was the worst kind of homophobia,” she tells Flare, “because it wasn’t just ‘You deserve to burn in hell.’ It was ‘While God thinks it’s lovely that you stood up for your beliefs, perhaps you’ve never had the loving arms of a father.’”

She responded to the homophobia the following month with a pointed tweet.

Read Page's full interview in Flare magazine, on newsstands May 12. 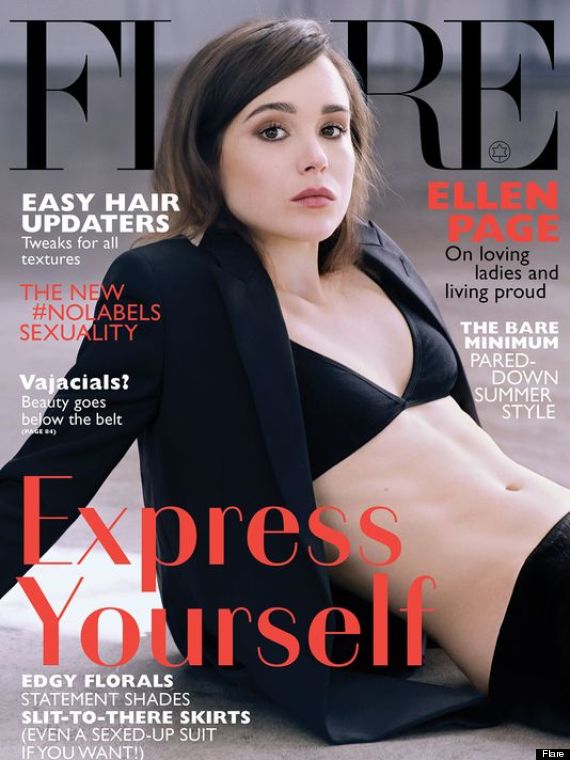