With Ellen DeGeneres' recent spate of good news -- celebrating her third anniversary with wife Portia de Rossi, taking over Oprah's time slot in more than 25 markets, collaborating on a new comedy series with de Rossi -- I couldn't help but wonder how DeGeneres is handling her good fortune. My ever-enquiring mind also wanted to know how Ellen's guru, Cameron Alborzian, suggest she view her current embarrassment of riches. 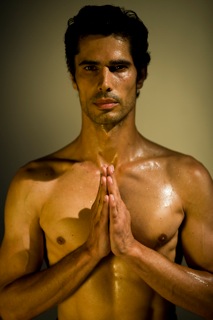 It seems like just yesterday that the dance-happy darling of daytime TV was mired in the worst of times -- the demise of her sit-com career and her relationship with actress Anne Heche. Today, for those who've been living in the dark, DeGeneres is not only glowing with health and happiness, she's the face of Covergirl make-up. Judging from appearances, her happy feet are dancing through the best of times.

Ellen can call me, I realized, but I can't call her. But I was able to get hold of Yogi Cameron as his clients like to call him. Given that the first male supermodel turned yoga instructor turned Ayurveda therapist has seen Ellen through good times and bad, including her stint on "American Idol," I was hoping he'd enlighten me about his client's dramatic change of fortune.

Like Ellen, Alborzian has walked away from a to-die-for gig to live life more consciously. Once the chiseled face of Guess Jeans and the ripped body in Madonna's "Express Yourself" video, this tall, dark hunk left the material world soon after meeting Nelson Mandela more than a decade ago. Rather than repeating success, he made a conscious decision to immerse himself in the study and practice of yoga and Ayurveda, an ancient healing tradition created by Indian sages over 5,000 years ago. 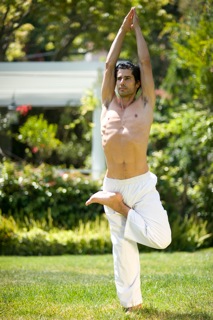 I'd first heard of Yogi Cameron from another glowing beauty, Access Hollywood's Maria Menounos. When I interviewed Menounos last spring, she waxed euphoric about the good yogi's teachings and writings. Coincidentally, his book, "The Guru in You," hit bookstore shelves at the same time as my own. We've both been known to blog for The Huffington Post.

What follows are questions and answers from our recent phone conversation. I'd suggest you sit back, relax and enjoy the interview, but if you could hear Alborzian's delightfully deep British accent, you'd undoubtedly sit taller, breathe deeper and focus on the here and now.

Q. I'd love to hear your thoughts on Ellen's recent run of good times.

A. When you've been though ups and downs [as Ellen has], you get to that point where you realize there's much more to life than just working. A lot of people fall into the trap of taking another good thing and another good thing, and they overstretch themselves. Health is very important to Ellen. She looks and feels amazing! That was one of the things with "Idol." She realized it [the show] was getting in the way of her health and well being.

Q. What can you tell me about that stressful time of her life?

A. During "Idol," when she was driving from one studio to another, doing two to three shows some days, she felt overstretched. There were four of them on stage and there was a lot of tension. Of course, Simon wanted all the attention as the big star, and Ellen just wanted to have fun. She wanted to be kind to the contestants, give them good advice, but she had to reject them. That was the most stressful for her. So I would take her through yoga and meditation in the morning, and Ayurveda treatment at night. A lot of people I work with get excited at the beginning, but get flaky at the end, [but not Ellen.] People are always commenting on how good she looks.

Q. Yes, Ellen is the picture of health!

A. Ellen, you can see, is a woman who takes care of her health.

Q. Any advice to Ellen on handling these good times?

A. Food-wise she's a vegan -- a lot of trashy food doesn't go into her body -- so she's got that covered. She's not a big socializer. A lot of people get caught up in going out a lot, wanting to be seen, but she doesn't fall into that trap. She's into staying home with Portia. The greatest thing [she can do] is stick to meditation. Meditation is the key to all aspects of life because when you get older, especially once you hit 70, 80, 90, the body is not going to function as it did when it was 30, 40, 50. Meditation is the key to a peaceful, loving life.

Q. Sounds like you left your fashion career at what many would consider the best of times. Why did you decide to do that?

A. Fashion lends itself to a younger crowd. I'd done Guess Jeans, Versace and all the rest of it. I reached the point where I felt I was just making money and repeating the same things. Meeting Nelson Mandela in South Africa wasn't a big epiphany, but I was in a room with the best models, actors, actresses and Mandela, who'd just walked out of jail after 27 years, smiling at the world and not wanting to take revenge. Nothing's a coincidence. I am in this moment for a reason -- to be and to be influenced. When I came back to New York City, I didn't know what I wanted to do, but I knew that journey [as a super-model] had ended.

Q. So you left fashion, but you didn't do the Cat Stevens thing and step away from the spotlight. Why did you decide to live in Hollywood and work with celebrities?

A. When I came back to America [after studying in India], the magazines knew I was back and wrote a couple of stories. I was doing something for "Extra" [the entertainment news program] about health and well being, and Ellen got in touch with me. I don't advertise my clients, but I've been on "The Ellen Show" twice, and she told people [about me]. Maria Menounos, who I work with, she told people. If others want to talk about it [my work], fine, but I'm not in the celebrity quarters. Of the hundreds of people I treat, maybe one or two are celebrities.

Q. Some might say these are the best of times for me, but I could use your perspective. I published my first book when you published yours. It's selling well, but, as you know, a book can always sell better. Your book's been out for nine months now. What's your perspective?

A. Put the book out and forget about it. It will sell as many as it does. I still don't know how many books I sold and I don't want to know. It's just not a measure of success. Once you open that door, then you're going to have a lot of people telling you what success is. The measure of success is you wrote the book, you put it out there, and it's going to reach the people it needs to reach. The mind is a tricky thing. Once you start telling yourself what's successful and what isn't, then you have to compare it to the last one. You don't appreciate this precious moment. 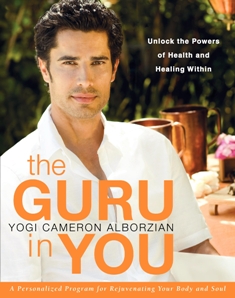 Q. What are you doing with your precious moments these days?

A. I'm finishing up my second book; the third book is in the making. I'm starting a TV [project]. I just move on. I don't look back.

Q. People generally assume that good times are easy; it's the bad times that are the problem. What do you think?

Q. Any advice on dealing with life's difficulties?

A. Suffering is really a choice. Part of it is karmic -- we have to go through what we have to go through. But a lot of it is self-inflicted in terms of you eat the wrong foods, your stomach suffers. Your stomach suffers, you become more emotional. You become more emotional, you suffer in the mind more ... A lot of it is in our hands, but we're just not aware. There's a difference between being aware of something and being conscious of it. Being aware means I can see it and I acknowledge it. Being conscious is doing something about it.

Q. That's an important distinction. Anything else you want to say about dealing with the best and worst of times?

A. If you can get to the level of there are no good or bad times, just times, then live them and know that you're exactly in the place you're supposed to be. If you can't get to that, then make the best of the bad times. Make an effort to move through it, not to escape from it. Live it, learn it, appreciate it. Know that next time may be even harder, then appreciate that.

A. We're all friends. I don't create conflict. I always find the peaceful road. You can't live the yogic life and have conflicts.

A little while after hanging up with Ellen's guru, I called one of Oprah's favorite coaches for more words of wisdom. What an illuminating juxtaposition! Stay tuned to this blog to find out whose advice I took to heart, as well as what lengths I'll go to get Ellen to pick up the phone. (Ellen, call me!)