"People said to me, 'Why do you want to be a teacher? You're so smart.' It's shocking, because it reveals the truth behind what our culture believes about teaching. And, really, nothing could be further from the truth." 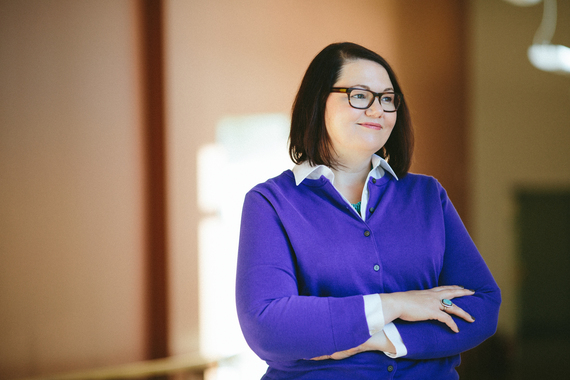 "When I was growing up, I did not want to be a teacher. I actually wanted to be a physician. I liked the idea of educating people about their bodies and how to take care of themselves. But I also grew up in a family that was economically disadvantaged. Both of my parents worked hard, but during my senior year, my dad had a massive heart attack. My parents were faced with huge medical expenses because we didn't have health insurance, so we really struggled for a time. I thought I needed to find a job that was going make me the most money possible. And that was definitely not being a teacher.

Through all of this, school became a refuge for me. I really didn't want anyone at school to know about the struggles at home, so I became one of those kids who really put a lot of energy into flying under the radar. I just didn't want to be seen.

But I had one teacher, Mrs. Harris, who did notice me. One day, she realized I was a reader -- and I was floored, because I didn't think anyone noticed me at all. She gave me one of her personal books and told me that in two weeks she was going to ask me what I thought of it. I thought, 'Wow. She wants to know what I think.' So I read the book, and that's how it all started. Through those conversations, I started to talk about myself -- and I started to realize that I mattered. I wish I could say that she did something more magical than that, but that was the magic: she saw me and spoke with me and followed up with me. That was it. There's no Hallmark moment; she just noticed me and it made all the difference. That's what great teachers do." 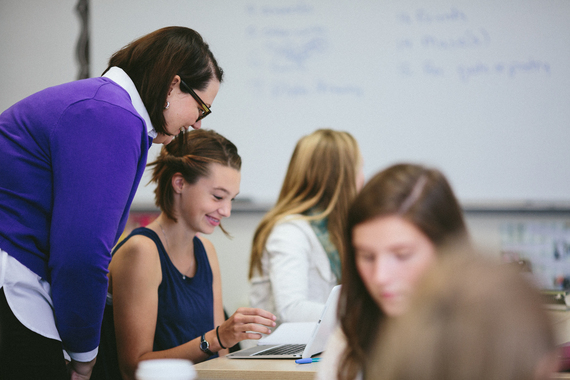 "During college, I realized that putting myself through medical school would be impossible, and I was devastated. I went back to my high school to talk to Mrs. Harris about it, and she said to me, 'I am so relieved to hear that.' I was like, 'What?!' And she said, 'Because you're meant to be a teacher. That's who you are, and it's the best job in the world.'

So I changed my major, because of my great teacher. She greeted my news not with grief but with joy and relief. She gave me permission to pursue this career that frankly isn't always held in high esteem. When I switched my major, people said to me, 'Why do you want to be a teacher? You're so smart.' It's shocking, because it reveals the truth behind what our culture believes about teaching.

And, really, nothing could be further from the truth. If you're looking for a career where you can 'lean in,' teaching is it. It demands excellence, stamina, and sacrifice, but the yield has immeasurable return. At some point in life, we all have to decide what's important and what matters. I had jobs where I made more money than I do as a teacher, and I was not happy. I was making a difference in my own pocketbook, but I was not making people feel like they're worth something.

Now, every morning, I come to school early and I sit in the desk of a different student. I want to see what my classroom looks like from their perspective. I take a minute and think about those students and keep them in my thoughts and send them wishes for the day. 'I hope you know you're loved; I hope that you will love someone today; I hope that you know you're important; and I hope that you will make someone feel important today.' That's my prayer for each of them. I don't share that with my students, but it's something I do that grounds me in being present for them. I'm thinking, 'How are they experiencing the community of my classroom from where they sit, not from where I stand?'" 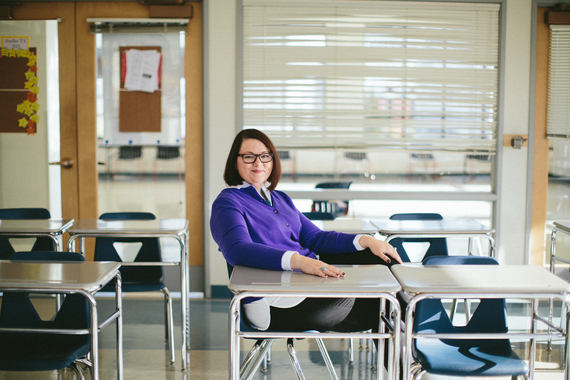 Helping them take the ultimate risk.

"In an English class, we have to be vulnerable a lot. We ask them to write about personal things and to share their thoughts. That's a huge vulnerability; to ask someone to share their thinking asks them to take a huge risk. To ask children to take it in a room full of their peers is a big ask. I have to know that I'm worthy of asking that. They have to trust me, and the way you build trust with students is that you're vulnerable yourself.

My role in the classroom is that I'm the most experienced learner. If I make a mistake or lose my patience, I will own that publicly and immediately. It's so important to model self-correcting behavior, because if you yourself can't be vulnerable as the teacher, the students won't be either." 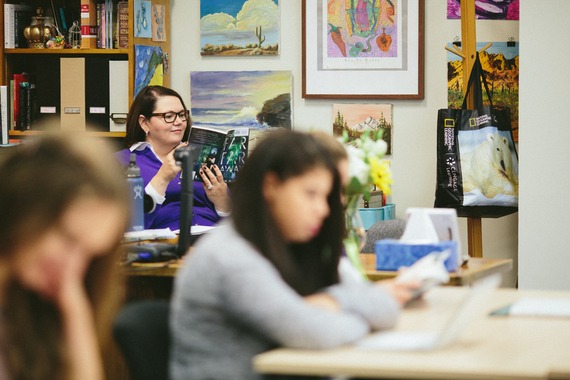 Creating space for every single voice.

"When my students are writing, I'm writing. When it's time to share, I join the group and share. They get to see everything I crossed out or changed. That's what it looks like. In class, while learning about different reading styles, we watched a video and had a discussion about interpretation. One girl said, 'I think that part is making an allusion to another story.' They're making all these connections, and what's so impressive about that is that they said 'I think.' For a kid to take that kind of risk in front of her peers, that's huge. Kids raising their hands to say, 'I think' -- and not in a way that downplays their brilliance but to share how they're thinking in the moment -- that's the magic.

Hearing someone saying something amazing and wishing you had the courage to say it? I try to cultivate that courage. I want girls to stop wishing they had said it and to actually say it. I want people to share their brilliance. One of the things that you learn as a teacher is to make room for all the voices, so it's not just the extroverts that get heard in the classroom. You need to give introverts some time to be brilliant. My goal is to hear from as many students as possible. Though I'm an extrovert now, I was an introvert in high school, so I'm trying to make space for people who are like I was then." 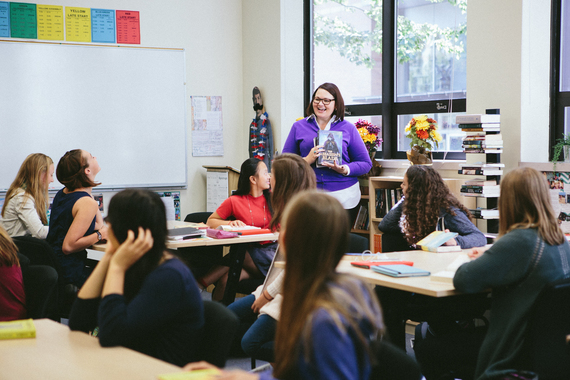 A debt repaid and a gift re-given.

"Every day at school, I feel like I'm paying back a debt to every teacher I've ever had. I've been given this beautiful gift, and I get to re-gift it. The fact that I get to do that every single day? That's wonderful. I truly feel like I won the lottery when I go to work every day -- not only because I love teaching high school students but because I think there's something so incredible about teaching young women. I teach girls how to understand the experience of being human and how to make the most of that experience. How to not feel alone. The most important thing I can teach my students is that they're worth something. Because that's what my teacher taught me and I've never forgotten it. It's the most important lesson.

I worry about them not knowing how incredible they are. The kids that keep me up at night are the ones that don't think they're worth anything. At the beginning of every school year, I tell my kids, 'Everyone thinks there are only three important words.' They say, 'Oh! They're "I love you."' And I say, 'No, "call your mother."' And they laugh. But I say, 'No, but there are really four important words: "You are worth something.'" And that's what they should know every day." 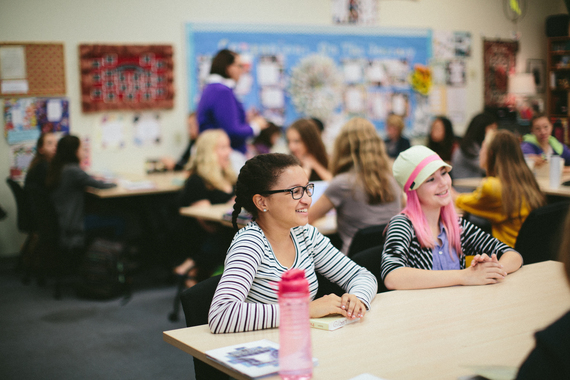