English singer Ellie Goulding has toured all over the world with her hits "Lights," "Anything Could Happen" and "Burn." But the 27-year-old pop knockout touched down in familiar ground in Indio, Calif. this weekend to return to the stage at Coachella. Having recently been tapped to do the music for the hit film "Divergent," Goulding clearly knows her audience. Teens flood the fields at Coachella and she couldn't be in better company.

The Huffington Post spoke with the energetic artist leading up to Coachella to talk about her bestie Lorde, how little she's planning to wear at the festival and what band she's most excited to see.

You and Lorde are very tight and are both performing at Coachella this year. Have you guys ever talked about collaborating on a song together?
I’m sure we have talked about it jokingly. But of course, anyone who’s a good person and a good musician is perfect to make music with. There are a lot of people who are very talented, but then there are people who are very talented and very humble -- and those are the people you end up making good stuff with. She’s a good one. She’s a good egg. And she deserves everything she’s worked for.

Are you planning on seeing her show at Coachella?
I actually just found out that we will be at Lollapalooza together and we literally had no idea. A couple years ago, I got to watch Snoop Dogg and Dr. Dre at Coachella and it was awesome. It was the best. They always bring something really special back. It’s the place for reunions and special performances. Obviously I’d love to see Ella [Lorde] perform, hopefully I’ll be there for that. 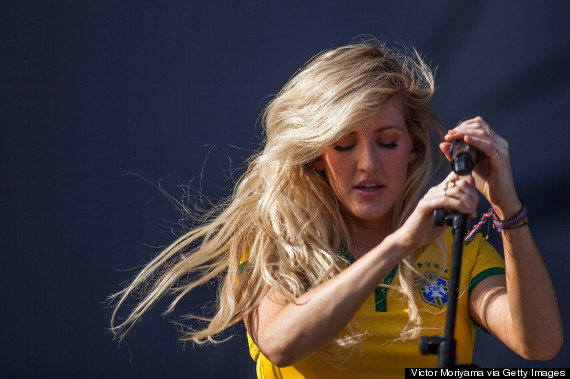 You have toured all over the world -- what does it feel like to perform at a festival versus doing your own tour or show?
Festivals are so much more fun -- there’s just something about them. People are excited to be outside. They’re also just a bit more excitable. Where sometimes with shows, when it’s just your own show and people have bought a ticket and have been anticipating it, they watch me do a show and sometimes people are really crazy and dance a lot, and other times people are kind of standing there. But it’s nice that things aren’t predictable. You don’t know what a crowd will be like. It’s very different every city.

What was your experience like working on “Divergent”? A producer told us their template was Simon & Garfunkel in "The Graduate.” That’s a pretty high bar.
Really? God, wow. It was awesome. It was like nothing I’ve really done before. I had real free reign over what I could do with my voice. I love any situation where I’m able to really kind of go crazy with my voice because a lot of the time, I make pop songs. I love to make pop music. And even though I don’t really listen to pop music, it’s still my favorite thing to do [laughs]. This was cool because I got to do some crazy shit with my voice.

Did they tell you they needed a certain number of songs, or songs that evoked a certain emotion?
I watched the film and I saw where they needed music and what the key points were. Many parts of it are really touching. I wanted to make sure I did it justice. My experience of being young watching film was that the soundtrack was everything. The “Amelie” soundtrack is one for me. I have the soundtrack for “Man On Fire” with Hans Zimmer, you know the film with Denzel Washington? And I’ve never even seen it. 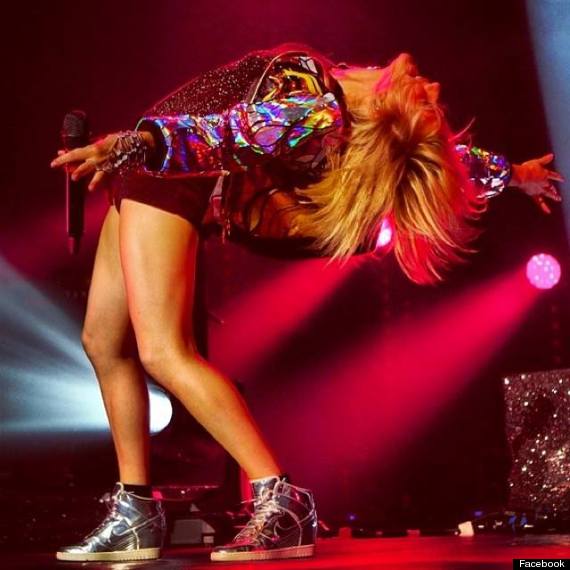 I’ve seen you in concert and you have great style. Coachella is known for inspiring some really incredible outfits. How do you decide what you’re going to wear and is there pressure to look ‘cool’?
For me the most important thing is to perform well. So I always want to wear something I’m very comfortable in and obviously it gets very hot so I’ll wear, well, not much -- depending on how hot it is! I am thinking of a few things I might wear, I have a few summery things. I just came from England and I have a suitcase full of sweaters and jeans. Touring is a lot of shifting things around and sorting things out. I’m constantly having to rearrange.

You have been traveling at ton. Do you adjust well to being on the road or are you looking forward to having some time at home?
I like being on tour when you have someone helping you out, and I have a very dear friend with me helping me out. When you have that person, it’s perfect. We do yoga and running and workouts together. You can get yourself into a stable routine of eating well. Whereas at home, I do that too, but on tour you can be even a bit more regimented about it.

To be honest, I am really ready to stop touring for a bit. I’m just tired. I feel like I’ve got so much to catch up on. I wasn’t there when so many of my friends are getting married, having babies. I know it seems crazy, but there’s just so much that I’m missing out on. I do have a really incredible job and I get to be on tour with my favorite people, but at the same time, I’m staring to think that I want to spend a substantial amount of time at home.

Is there one thing you do to help yourself get through these long grueling stretches? Do you meditate? Do you try to sleep more?
I suppose one thing I do on tour is sleep more. Not to the point where I’m constantly sleeping, but I definitely try to force myself to rest a bit more. Just so that my voice is really rested and I’m in a good mood. I go to bed at 1 or 2 in the morning when I’m on tour just because the show finishes late and then we all shower and stuff and get on the bus and by the time the bus leaves, it’s about 2 a.m. And because the bus is so noisy and constantly stopping, it means that you’re always getting up throughout the night. You don’t really have a full night sleep. You end up having to compensate by staying in bed until mid-day. Which sounds nuts. As soon as I’m up and awake, I go out running or I go workout.

Who are you most excited to see at Coachella?
I definitely would love to see Outkast. I know my band and my friends will want to.