In the melancholic aftermath of the recent deaths of record industry giants Stan Cornyn (The Coast/Warner Bros.) and Bruce Lundvall (The Apple/CBS, Blue Note), I was drawn to The Hiptionary, a boss tome penned in 1963 by RCA Records publicist Elliot Horne. The wondrous sights and sounds of pre-Beatles America came flooding back...

Elliot Horne, whose clock sadly stopped in 1989 when he was 67, was an 18-carat cat. He didn't have boatloads of biz juice and wasn't a major breadmaker. But he was a sweet scratcher with Cornynesque language chops and a Lundvallian devotion to jazz. When it came to schooling bizzers and civilians alike on the skinny of what's what, hip-wise, Elliot was The Man.

You know that gag about someone's picture being next to a certain word in the dictionary? Flip over The Hiptionary and cast your eyeball at the author. ("Dig we must" barrier courtesy of Consolidated Edison, an outfit with serious juice.) 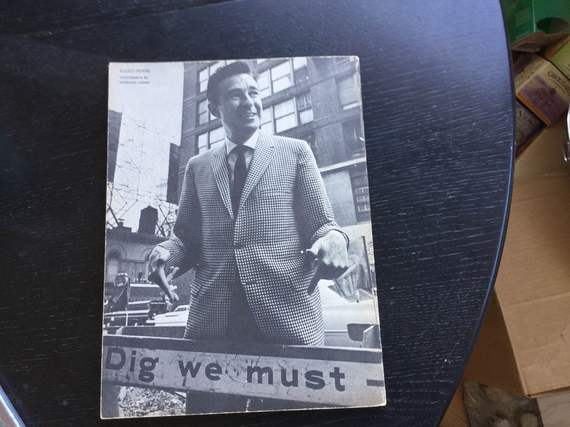 My ultra-hip mom brought The Hiptionary to our Long Island crib when I was a mere junior high book-buster yet to dust my first feathers. Horne's riffs -- shoes were "ends," astronauts were "cloud poppers," the CIA was "room service" -- cooled all my hang ups. And the killer illos (by Mad Magazine's Jack Davis) of such high groovers and twisted studs Mr. Bad Face (Mao), Der Fig (Adenauer), The Hot Frog (DeGaulle), and The Ghost Kicker (Krushchev) were the ultimate kick.

Elliot was a subterranean wig whose brains had brains. He earned his geets as a gigging class everycat, a peeper-sporting, fancy threads-wearing, spank-planking hip hyper for RCA Records, a diskery strictly from corporate cubesville (squaresville squared). That he flacked for some turkeys might have cacked the whole tune, but mostly he worked the jazz/soul side of the street, where heavy swingers like Sonny Rollins and Sam Cooke kept their pads. His tag line for Cooke's greatest hits album -- "He lives in the top ten"-- might have inspired a "You Send Me" from Don Draper.

The Hiptionary shaped up as a crazy score until President Kennedy was assassinated shortly after it hit the streets. Not that the scene was a total bagel, medicine tune or ape bag. But what was a gas before November 22, 1963 was suddenly a deep drag.

When sales became lame as Mame, did Elliot play the blame game? Hells, no! He may not have been choppin' high, but the mean reds never took over. He didn't jump salty or bork his bowel. Nor was he bugged, beat, and wasted. His attic was cool and didn't need cleaning from a head man or a konk class.

Early in '64, Elliot landed a living-room gig on the boss TV gamer To Tell the Truth, wherein he told it like it was while two impostors served up nothing but applesauce and horsefeathers. All four hep cats on the panel -- Kitty Carlisle, Peggy Cass, Tom Poston, and Orson Bean -- correctly identified our hero.

Biz mavens and journos agreed that Elliot was beyond supermurgatroid. A&R vet/vault guy extraordinaire Gregg Geller told me, "When I started my Sam Cooke campaign at RCA, it was as if Elliot was starving to work on something he could relate to. Never before or since have any of my catalog projects received so much attention from any aspect of a record company's marketing arm."

Susan Ochshorn, one of Elliot's two crumbcrushers, told me that her dad's memorial at St. Peter's -- Manhattan's jazz church -- was somethin' else. Jazz critic Gary Giddins paid tribute in the Village Voice, writing that Elliot was "the best record company PR man I ever knew."

I know what Giddins meant. During my 10 years as editor of the trade rag Record World (1972-'82), the hippest hip hyper never hyped me. When he was gassed, he worked gravy and took care of business like the whole bit was at stake.

When, on occasion, he needed a favor, Mr. Horne got on the horn and said, "Mike, I need a favor." If I could do it, I would. If not, everything was still jake. 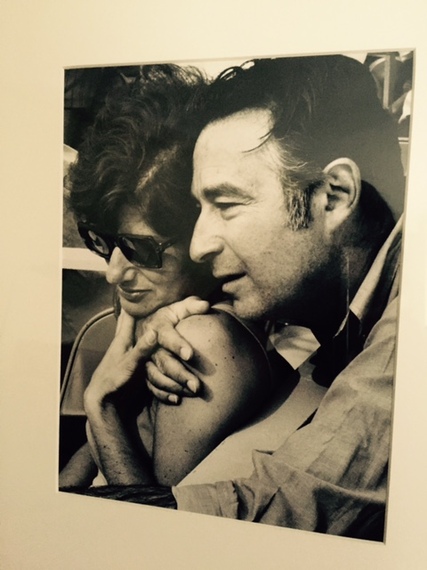 Elliot and his wife Joan Ochshorn at the Newport Jazz Festival, circa 1967. Photo courtesy of Susan Ochshorn.