One of the Islamist attackers besieging a Nairobi shopping mall handed chocolate to a four-year-old British boy caught up in the crisis and asked for forgiveness, his uncle told a newspaper on Tuesday.

Four-year-old Elliott Prior, who had been shopping with his mother and sister at the Westgate mall when it came under attack on Saturday, confronted one of the militants, telling him "you're a very bad man," his uncle told The Sun.

Alex Coutts said the attacker took pity on the family and allowed them to escape, handing the children Mars bars as he told them: "Please forgive me, we are not monsters."

Elliott and his sister Amelie, both clearly distraught, were later pictured outside the mall, clutching the chocolate as a dead body lay behind them.

The Sun reported that their mother Amber, a film producer, had scooped up two other children -- including a wounded 12-year-old whose mother had been murdered -- and pushed them outside in a shopping trolley.

"They had a lucky escape," said Coutts.

"The terrorists said if any kids were alive in the supermarket they could leave. Amber made a decision to stand up and say, 'Yes'.

"Then Elliott argued with them and called them bad men. He was very brave.

"The terrorists even gave the kids Mars bars."

The family, who live in Nairobi, had been on a regular visit to a supermarket inside the mall.

One of the militants told the children's mother he only wanted to kill Kenyans and Americans, The Sun quoted her as saying.

"He told me I had to change my religion to Islam and said, 'Do you forgive us?'" she said. 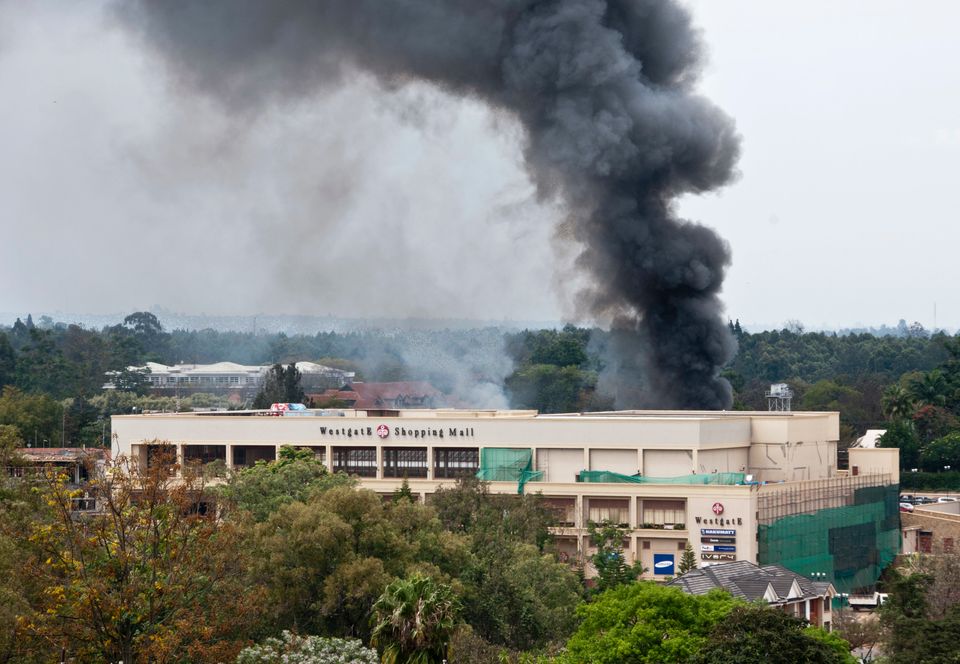