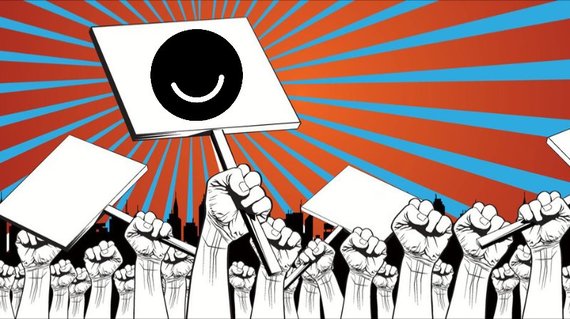 Why are people excited about Ello? Because they can't wait to leave Facebook. Why do so many people want off Facebook? That's the problem: Everybody has a different reason.

Ello is a new social network that has caught fire with a manifesto telling users that "we believe a social network can be a tool for empowerment. Not a tool to deceive, coerce and manipulate -- but a place to connect, create and celebrate life. You are not a product." (I've got invites, send me a message if you want one.)

It's exciting. We're all sick of being serfs on corporations' land. We don't like our passwords being stolen, our movements being tracked, and the fact that data about us is sold and traded. But let's take a look at exactly what we are dissatisfied with, what Ello is offering, and what we might be taking for granted about Facebook.

It seems that dissatisfaction with Facebook is deeper and more complex than just that. People say they hate Facebook, but what we think we dislike about Facebook is often a proxy for the things we don't like about technology, our friends, or communities in general.

When you sell yourself as a better Facebook, people are going to come with a lot of demands. Here are a few that Ello doesn't address:

It's not that I want Ello to fail, just that I think it is bound to. But if they want democracy -- if they truly want "the people who make things and the people who use them [to] be in partnership" -- then they will have to solve a lot of HARD community issues that go far beyond rallying people to leave Facebook, and are necessary to make a good community and website. Here are a few:

Perhaps if they made some bold decisions about community governance, then open-sourced the code for feature development and security auditing (closer to the approach of now-nearly-defunct Diaspora), they could hope to accomplish some of the above. But these are harder problems than they are admitting.

What do you think? Does Ello have a chance?