The gay men of Haifa, Israel steam up the latest edition of Elska Magazine, an independent queer culture and lifestyle publication.

This article contains images that may be considered not suitable for work.

When Elska’s founder and editor Liam Campbell launched the bimonthly magazine in 2015, his aim was to present the queer community as one of deep diversity. Previous issues of the magazine have featured pictorials shot in Lisbon, Portugal; Mumbai, India; and Yokohama, Japan.

A former flight attendant, Campbell told HuffPost that he’s received more requests from readers to shoot and explore Israel than anywhere else in the world, though the nation’s political and religious tensions were of personal concern.

Once Campbell arrived in Israel earlier this year, he found that Haifa boasted a more visibly diverse demographic than Tel Aviv or Jerusalem, so he opted to focus on the country’s third largest city for Elska’s 14th issue.

“Having lived mostly in the U.K., I tend to have a divisive view of Israel, but even though tensions are certainly real, things were much more harmonious than I could have ever expected,” Campbell said. “Every Jew I shot was asking if I’d also shot any Arabs, and then they’d offer to ask their Arab friends to take part. Then I’d meet an Arab who’d tell me to meet his Russian friend.”

The result is a 164-page issue featuring 16 local men of varying ages, body types and stages of undress. Each subject offered up a personal anecdote to accompany their photograph. One Arab man, for instance, recalls his experiences coming out to his conservative family, while a Jewish man opens up about the struggles of making it through his compulsory military service.

Though Israel has long enjoyed a reputation as an LGBTQ-friendly destination, a 2015 stabbing attack at Jerusalem’s Gay Pride parade left one person dead and five more injured. This year’s Tel Aviv Gay Pride was embroiled in controversy amid claims that the city was “pink washing,” or using the queer community to deflect from larger issues, such as the nation’s ongoing conflict with the Palestine territories.

Campbell found no such visible divide in Haifa. Speaking with gay men in the Israeli port city, he said, “really opened my mind and heart to this city.”

“I really think it sets an example for the rest of the country,” he added, “and maybe the world.”

Catch the latest in LGBTQ entertainment by subscribing to the Queer Voices newsletter.

View more images from the new issue of Elska below.

Gay Israeli Men Strip Down And Get Personal For Indie Magazine
The Gay Men Of Haifa, Israel 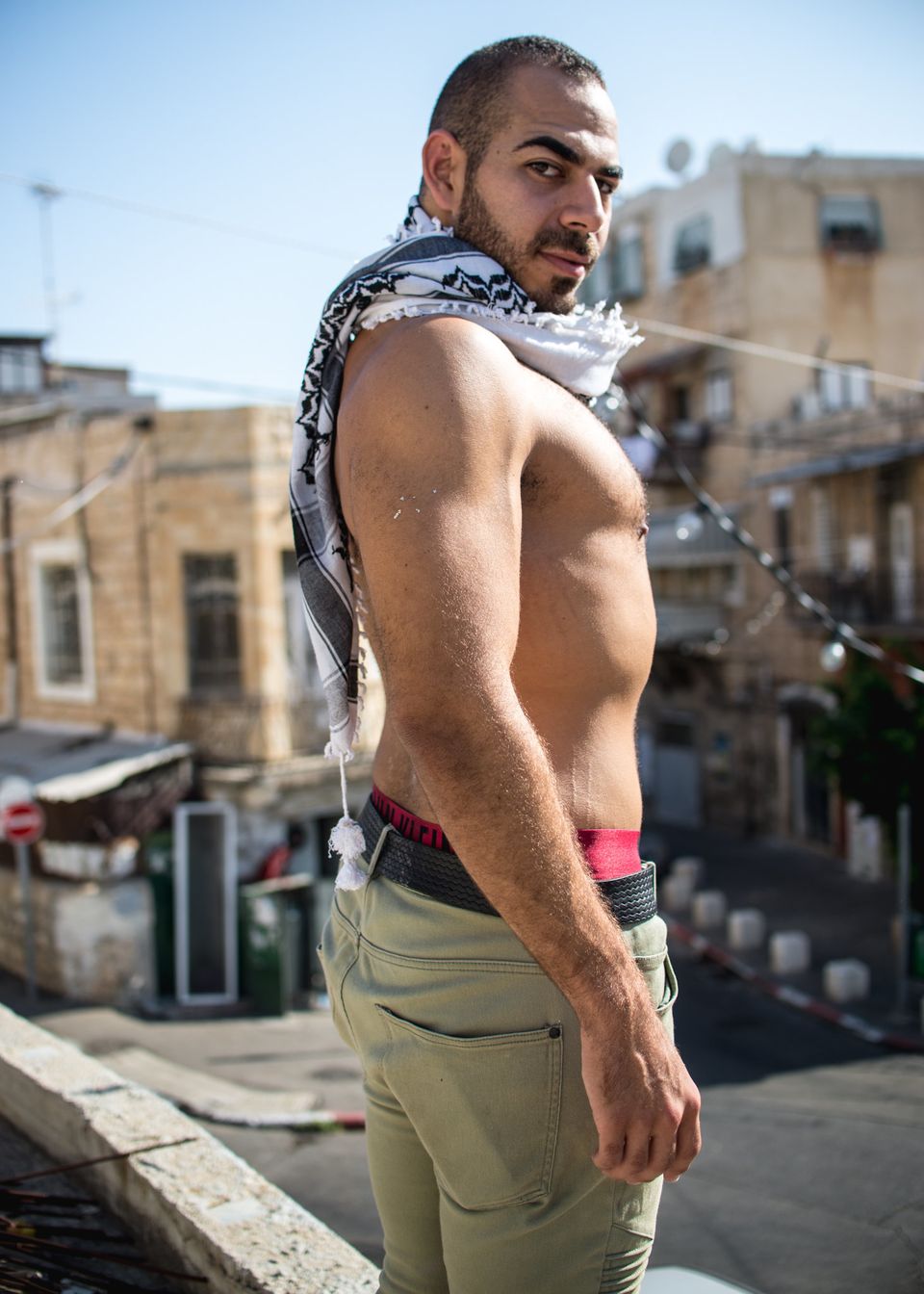