Elton John has a warning for candles in the wind and this time it's directed at one twerking, young candle in particular. "I look at Miley Cyrus and I see a meltdown waiting to happen," he told The Australian. "And she's so young! But she's got two records in the top 20, so who is going to stop her?"

John has seen this kind of thing before -- he likened Cyrus' behavior to that of Michael Jackson.

Claiming he can "spot a car crash before it happens," John told the paper that he knew the icon was going to die. "He'd been doing drugs for so long, he'd been a mess for so long –- and I've known Michael since he was 12 or 13 –- that it was never going to happen."

In his moral outreach, John also had some words for Cyrus' latest defender, Lady Gaga, who he seems to think is also in a dangerous place.

“With Gaga -– who I love, she’s the godmother to our children –- I’d like to be able to talk to her right now, but I can’t get through to her," John said. "And there are times when you have to listen. When your persona begins to take over your music and becomes more important, you enter a dangerous place. Once you have people around you who don’t question you, you’re in a dangerous place."

Although he never knew Norma Jean, John has actually spent some time with Cyrus ... so maybe he'll be able to give her this advice himself. 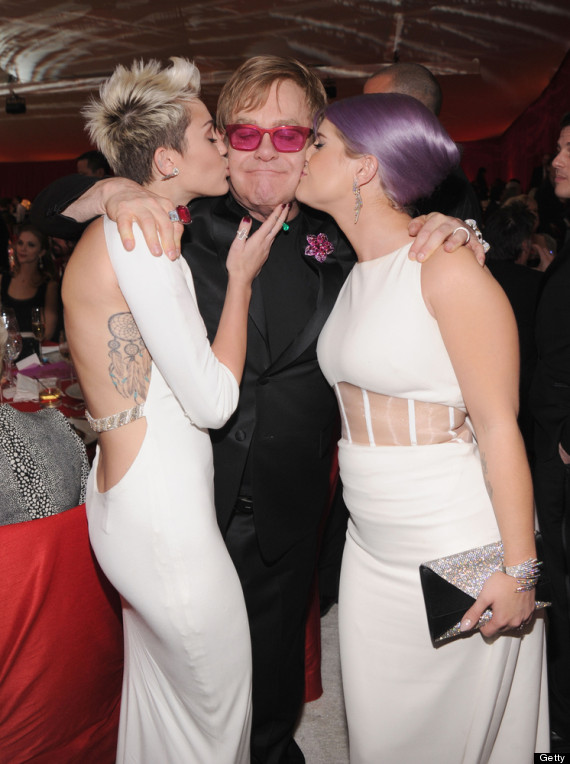