A 40-year-old Naperville, Ill. woman has been charged with first-degree murder and ordered held without bail in the slaying of her 8-year-old son and a 5-year-old girl she was babysitting inside a suburban Chicago townhome.

Elzbieta Plackowska, of the 200 block of Bailey Road, allegedly stabbed the two children on Halloween Eve Tuesday, ABC Chicago reports. The children's bodies were discovered during a well-being check around 10:18 p.m.

According to the Chicago Tribune, Plackowska fled the home in the 800 block of Quin Court after she allegedly stabbed the children "dozens of times." Two dogs were also found stabbed to death in the home.

In bond court Thursday, disturbing details of the attack surfaced. DuPage County prosecutors alleged that the victims, identified as the suspect's son Justin and Olivia Dworakowski, were ordered by Plackowska to kneel down and pray before she stabbed them to death, the Chicago Sun-Times reports. Prosecutors say Plackowska stabbed her son about 100 times and then killed Olivia because she witnessed the attack.

Bail was denied for the suspect, who has no prior criminal record.

Plackowska was "covered in blood" when she was taken into custody Wednesday. Sources told the Sun-Times that Plackowska feared the children were being threatened by demons and had taken them to an area church before their slaying. The alleged killer then returned to the church after their deaths.

She admitted to police that she had heard "demonic voices" prior to the attack. Plackowska was also reportedly upset with her husband and struggling with the recent loss of her father.

"She stated the children had evil inside of them and she was trying to drive the devil out of them," DuPage County State's Attorney Robert Berlin said Thursday, according to the Tribune.

Another explanation Plackowska initially offered to police, was that an intruder had stabbed the children, Fox Chicago reports.

Naperville Police Chief Bob Marshall on Thursday said the crime scene where the children were found was the "most gruesome and horrific" one he had ever witnessed in 30 years on the job, the Daily Herald reports.

"The senseless taking of the lives of these two children defies logic," Marshall added, according to the Herald.

Marta Dworakowski, Olivia's mother, told NBC Chicago that her daughter "was a beautiful little girl who had her life taken." Olivia was a kindergartener at Brookdale Elementary School, while Justin attended Scott Elementary School in Naperville District 203. The district's crisis team was on hand at both schools to help students and staff deal with the disturbing news. 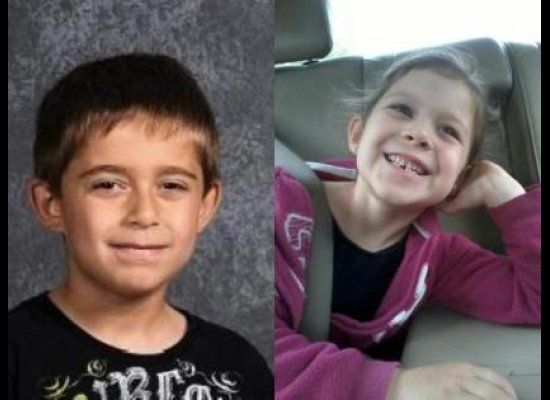