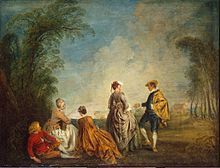 Life is an embarrassment. You go from a stage of oneness with the mother to the trauma of helplessness at birth. You die a little every day waking from the long sleep of gestation to your first experiences of impotence. The world is definitely not your oyster you soon find out, unless you were a Tyrannosaurus Rex which as a recent Science Times piece points out was the perfect predator with a body that became as outsized as its brain ("T. Rex Got Smart Before It Got Big," NYT, 3/16/16). The perfect example is Icarus who tries to show off for his father Daedalus by flying too close to the sun with wax wings. The myth of Icarus is the epitome of embarrassment. Pat Conroy's novel The Great Santini, which was made into a classic film starring Robert Duvall, renders a contemporary version of the same tale, in telling the story of a different kind of flyer. But it's not only hubris that's the source of embarrassment for earthbound beings. It's the very construction of consciousness which gives so much space for the ineffable and unattainable and which at the same time casts a cold shadow on that which exists. All human beings suffer the romantic agony in which imagination trumps reality and that which has yet to be overshadows all that is. Life is embarrassing in other ways. If there is an altruistic impulse in human beings, which some evolutionary biologists like W.D. Hamilton have averred and others dispute, then that runs contrary to the urge for self-preservation. At the best, as creatures, we are pulled in opposite directions and, more often than not, end up being caught with our pants down.

"An embarrassing proposal" by Antoine Watteau

{This was originally posted to The Screaming Pope Francis Levy's blog of rants and reactions to contemporary politics, art and culture}