The boys of Emblem3 had a special surprise for fans when they stopped by "Good Morning America" this week. The former "X Factor USA" contestants not only performed their latest song, "Chloe (You're The Want That I Want)," on the morning show, but they also filmed an acoustic video backstage for a brand new track. Watch a preview of the song "Just For One Day" in the video above.

Keaton, Wesley and Drew also stopped by Radio Disney to talk about their debut album, which will drop later this summer. Scroll down to see fun photos from the interview (airing Thursday, June 13).

Are you guys excited for more music from E3? Are you adding them to your list of favorite boy bands this summer? Sound off in the poll below! 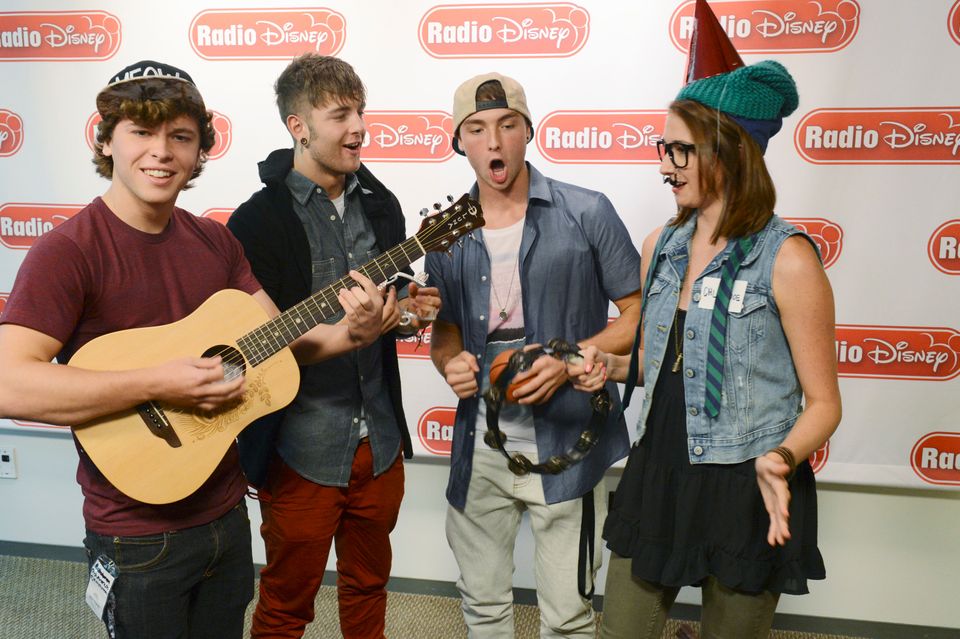