"Bam, Bam, Bam, I am spinning a web on you." This is a constant daily occurrence in our house. Since going to his first year of preschool, my son has become a big fan of Spider-Man. He goes around shooting his pretend web slingers, sound affects and all. It never bothered me nor my husband; we actually found it quite cute and sometimes got in on the action. 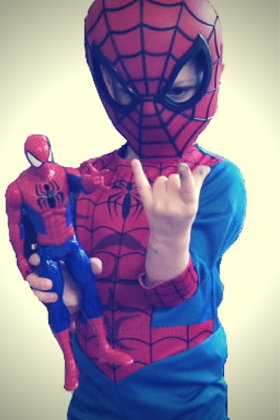 Well recently, my son began watching Peppa Pig, a Nick Jr. British cartoon, about a little girl pig named Peppa Pig and her family, Daddy Pig, Mummy Pig and her little brother George. Peppa Pig is a preschooler -- like my son -- and has best friends named Suzy Sheep, Danny Dog, etc. You see where this is going; all the other families in the show are different animals. Peppa's family snorts throughout the duration of the show because of course they are pigs and that's what pigs do. All the other families make their associated animal noises throughout the show too (e.g., Suzy Sheep baas and Danny Dog barks). Well, my son has taken to snorting; of course imitating the show no different than imitating Spider-Man and his web slinging action.

What surprised me about this new development was mine and my husband's reaction. We found it offensive. We told him he could not snort at the table or at people because it was not nice. Then we asked the question.

Mom: "Why do you like to snort?"
Lil' Man: "Because that is what Peppa does." 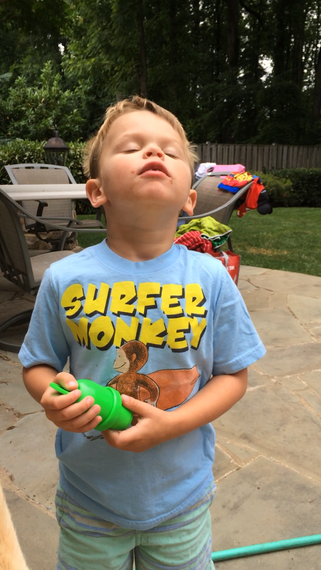 Evaluation time... After our conversation with him, we assessed why we felt snorting is wrong. This was our conclusion; it is our issue, not my son being nasty and malicious. As a society as a whole and me, especially being female, take offense to someone snorting because of the implication. Why, because snorting is associated with being a pig? Being a pig can imply several things such as being sloppy and filthy or being "a porker" or fat. Who wants those terms associated with them? No one.

Nonetheless, my son does not know what the word "fat" means, nor do most preschoolers unless they overhear the words or "fat talk" conversation often, and even then I would beg to differ they understand the meaning. Sounds effects in and of themselves are not bad or good; they are just funny sounds. The meanings we attribute to them and the purposes behind the sounds are what make them bad or good. I realize, as adults, we need to take things less personal and be more tolerant of preschoolers who use their imaginations. Yes, there will be a time and place to teach him the importance of derogatory sounds and statements, but at the moment, I am going to embrace the snort. Our new rule is he cannot snort at the table or web sling, but other than that we do not have a problem with his actions. We want him to be creative and use his imagination; so web sling and snort away.

If you see my son or another preschooler acting as a pig, dog, dinosaur or Spider-Man, embrace it and maybe even join in on the fun.

This post comes from the Run Stroller Run blog at www.RunStrollerRun.com.

More:
parenting adviceParenting parents-dadsParentsmodern parenting
Newsletter Sign Up
Raise the kind of person you'd like to know
Subscribe to our parenting newsletter.
Successfully Subscribed!
Realness delivered to your inbox