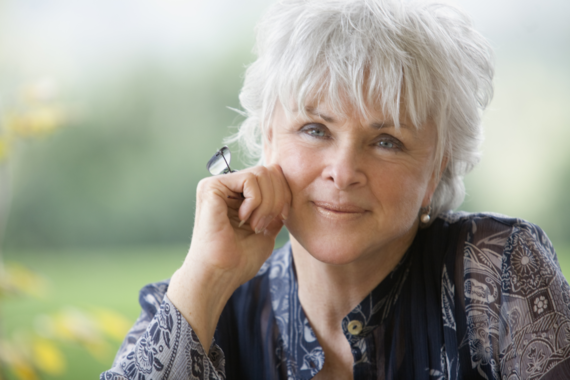 The Tao doesn't take sides;
it gives birth to both good and evil.
--Tao Te Ching

The darkness, the void, the space that the mind is terrified to enter, is the beginning of all life. It's the womb of being. Fall in love with it, and when you do, it will immediately be taken from you, as you witness the birth of light. The Tao doesn't take sides. It embraces both the darkness and the light. They're equal.

The Master can't take sides. She's in love with reality, and reality includes everything -- both sides of everything. Her arms are open to it all. She finds everything in herself: all crimes, all holiness. She doesn't see saints as saints or sinners as sinners; they're just people who are suffering or not, believing their thoughts or not. She doesn't see any difference between states of consciousness. What's called bliss and what's called ordinary mind are equal; one is not a higher state than the other.

There's nothing to strive for, nothing to leave behind. There's only one, and not even that. It doesn't matter how you attempt to be disconnected, that's not a possibility. Believing a stressful thought is an attempt to break the connection. That's why it feels so uncomfortable.

All suffering is mental. It has nothing to do with the body or with a person's circumstances. You can be in great pain without any suffering at all. How do you know you're supposed to be in pain? Because that's what's happening. To live without a stressful story, to be a lover of what is, even in pain -- that's heaven. To be in pain and believe that you shouldn't be in pain -- that's hell. Pain is actually a friend. It's nothing I want to get rid of, if I can't. It's a sweet visitor; it can stay as long as it wants to. (And that doesn't mean I won't take a Tylenol.)

Even pain is projected: it's always on its way out. Can your body hurt when you're not conscious? When you're in pain and the phone rings and it's the call you've been waiting for, you mentally focus on the phone call, and there's no pain. If your thinking changes, the pain changes.

I have an Israeli friend who is paralyzed from his neck to his toes. He used to see himself as a victim, and he had all the proof -- the mind is good at that. He was certain that life was unfair. But after doing The Work for a while, he came to realize that reality is just the way it should be. He doesn't have a problem now. He's a happy man in a paralyzed body. And he didn't do anything to change his mind. He simply questioned his thinking, and mind changed.

The same kind of freedom can happen to people who have lost their husbands or wives or children. An unquestioned mind is the only world of suffering. I was once doing The Work with some maximum security prisoners in San Quentin, men who had been given life sentences for murder, rape, and other violent crimes. I asked them to begin by writing down their angry or resentful thoughts: "I am angry at ________ because ________," and then I asked each of them in turn to read the first sentence he had written. One man was shaking with rage so uncontrollably that he couldn't finish reading his sentence, which was "I am angry at my wife because she set fire to our apartment and my little girl was burned to death." For years he had been living in the hell of his anger, loss, and despair. But he was an unusual man, who really wanted to know the truth.

Later in the session, after he read another statement he had written -- "I need my daughter to be alive" -- I asked him The Work's second question: "Can you absolutely know that that's true?" He went inside himself for the answer, and it blew his mind. He said, "No, I can't absolutely know that." I said, "Are you breathing?" He said, "Yes," and his face lit up.

And eventually he discovered that he didn't need his daughter to be alive, that beneath all his rage and despair he was doing just fine, and that he couldn't even absolutely know what the best thing for his daughter was. The tears and laughter that poured out of him were the most moving things in the world. It was a great privilege to be sitting with this amazing man. And all he had done was question his own beliefs.

More:
GPS For The Soulbyron katieTaothe work
Newsletter Sign Up
An essential daily guide to achieving the good life
Subscribe to our lifestyle email.
Successfully Subscribed!
Realness delivered to your inbox