Let's say you are sitting in your living room watching, I don't know, Fox News. Suddenly you break out into a sweat, there is a tightness in your chest, and you can barely breathe. You think that you are having a heart attack. You dial 911 and an ambulance is deployed. A small team of heroic people arrive soon after, load you into the ambulance, and race you to the hospital where doctors surround the gurney and whisk you to the safety of the emergency room.

That is similar to how the 'environmental emergency response system' works. However, the 911 call sounds more like "reefs are bleaching at unprecedented rates" or "deforestation and illegal wildlife trade threatens the endangered (insert the name of any number of charismatic fauna here)." Conservation responders rush in and carry a patient, in this case a species or an ecosystem, to a protected area. 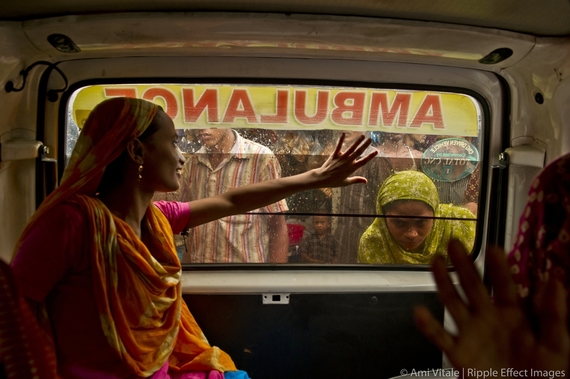 The problem is that in the above scenario, the real Emergency Medical Service's (EMS) response is much more nuanced and significantly more sophisticated. If a cardiac event is called into 911, a small team of heroic people are deployed, arriving at the scene in an insanely short amount of time, often less than 3 minutes and, on average, no more than ten minutes. The responders begin a very thorough yet astoundingly rapid assessment using finally honed diagnostics. They will ask you how you are feeling. The responders will simultaneously hook you up to equipment that, at a minimum can give a detailed analysis of what is going on with your heart and often has the capacity to wirelessly transmit information from various aspects of the heart's function to predesignated hospitals to figure out not only whether or not you should go to the hospital but which hospital you should go to. This process not only reduces the time until you receive life-saving treatment but allows doctors and first responders to coordinate efforts during your transportation, reduces mistakes, and allows the entire team to make mid-course corrections as necessary. Importantly, the EMS industry has worked rigorously over the past five decades to grow an organized, systematic response to every conceivable catastrophe with coordination and diagnostics as the cornerstone of success.

While the conservation scenario is also more nuanced and complicated, the suite of solutions developed by the environment community is astounding limited both in terms of tools used and the process by which those tools are deployed. While the EMS industry has evolved and progressed over the past fifty years, the environmental movement has effectively stalled out due to bickering and lack of coordination, failure to develop and deploy rapid diagnostic and response systems, failure to innovate and the inability to step back and honestly evaluate strategy and expenditures against outcomes.

Interestingly, EMS and Environmentalism began at roughly the same time in the United States. In 1865, the first horse drawn ambulances were deployed in Cincinnati. Seven years later, Yellowstone was established as the first National Park. Both EMS and Environmentalism remained largely unorganized, nebulous activities for roughly a hundred years. In the early 1970's EMS became regulated and the environment movement coalesced into a more organized force. For a few decades, the environmental movement experienced tremendous success using a variety of tactics effectively and efficiently. Legislation such as the Clean Water Act reversed the decline of thousands of waterways throughout the country. Harmful pesticides were shelved (or exported), smog was decreased, species were protected, and progress was made. These successes are noteworthy because they didn't rely on establishing protected areas but rather relied on rudimentary diagnostics followed by targeted solutions. Unfortunately, the ability to diagnose and then rapidly respond to that information has failed to improve over the years in order to handle more complex scenarios. 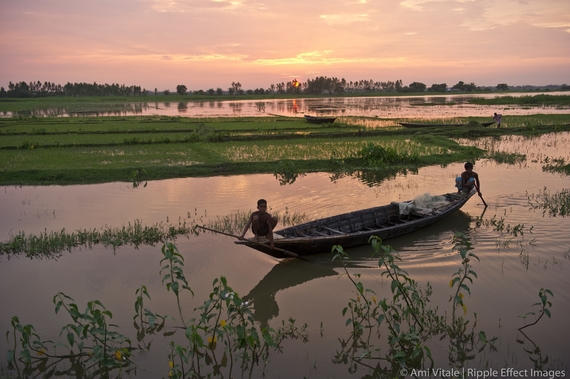 A recent article in by Jeremy Hance highlights the ongoing controversies that have plagued environmentalism for over half a century. The question should not be 'old conservation' (based on intrinsic value and protected areas) vs 'new conservation (addressing drivers and other loosely defined interventions). "Environmental Response Services" should not be a binary choice. The ecological world is wonderfully complex, the threats are diverse, and the set of solutions should be appropriately robust. The fact is, EMS services are prepared to respond not only to cardiac events, but rather a dizzying array of emergencies. Environmentalists should be equally as prepared.

There is, possibly, a silver lining. In recent years a few spectacular examples have emerged of a more nuanced approach to environmentalism that will, literally, make all the difference in the world. Some of those examples come from traditional conservation actors. For example, in the Great Lakes region, The Nature Conservancy has been experimenting with "Precision Conservation" where they work with the folks who show up to conservation meetings, but more importantly, they work with the folks who do not show up to the meetings. Environmental Investigation Agency uses a little known environmental law called the Lacey Act with amazing precision to tackle environmental degradation around the world. It is the equivalent of doing brain surgery with a laser as opposed to a sword. Oceana's Global Fishing Watch program remotely monitors illegal fishing vessels and has tremendous potential to reduce illegal, unregulated and unreported fishing. The Ocean Conservancy is tackling what is likely one of the century's most devastating environmental catastrophes, ocean plastic pollution, by using a detailed analysis of waste management infrastructure to help build an innovative partnerships to stem inputs. There are also some new, if unlikely players at the conservation table. Heifer International, a development organization, provides livelihoods for poor people including those living in ecologically vulnerable areas, thereby reducing reliance of communities on natural resources. Freedom Fund recognizes that human trafficking and environmental degradation are linked and is working to solve both issues at once in part because the issues are so intimately interconnected. The trick for environmentalists is to find these successes, learn when and why they are successful, and coordinate the deployment of them.

I recently asked one of the world's foremost EMS experts the secret of creating a response system that can be anywhere in 3 minutes or less to save someone from something. He said "success of EMS teams is dependent on a variety of factors. First and foremost they must be alert, ready, and available to respond to the real situation, not the perceived situation." That sentence is loaded with lessons for environmentalists. Why do I find this analogy so fascinating? Here is the thing. In the US alone, EMS teams respond to and are responsible for ensuring that nearly 40 million individuals are safe. Similarly, environmentalists and conservationists are responsible for ensuring the safety of species, habitats and ecosystems. These biological systems are intrinsically important and, collectively, keep nearly 7.1 billion people alive. Moving our big, cumbersome flagship organizations into speedy, nimble ambulances that have a faster rate of response, improved diagnostics, are able to learn as they go, are able to coordinate with others, and are ready to respond to any and every catastrophe.... that is how we will keep the heart of the planet beating.