Whether attempting to revitalize a suffering city like Detroit or create more residential options to a neighborhood in an already thriving metropolis like New York, civic leaders and developers agree on the value of a strong downtown core.

Forbes Magazine compiled a list of U.S. cities with emerging downtowns. According to the magazine, vibrant urban living opportunities are one of the biggest factors to attract "young professionals" -- key for businesses looking to locate where the potential workforce is.

The World's Most Expensive Billionaire Cities

The 20 Cities with the Most New Construction

The population of college-educated 25- to 34-year-olds jumped 26 percent from 2000 to 2010 in major cities' downtowns, according to Forbes, more than double cities' overall growth.

In Detroit, developers are working to create a stronger retail and business corridor. It will be anchored by a proposed light rail line, planned through a public-private partnership, that will run a short route along the city's main thoroughfare. Despite massive vacancy in the city as a whole, downtown suffers from a lack of real estate, with an occupancy rate over 95 percent.

Other cities have relied on a relationship between public and private interests. In Louisville, Ky., revitalization efforts are in part pushed by the bourbon industry, as the city works to restore its Whiskey Row area.

In Denver, Forbes points out, successful efforts to strength the lower downtown district began in the late '80s supported by $240 million in bonds and have since expanded to include the rest of downtown.

Check out downtown development efforts in eight U.S. cities below, and head to Forbes for the rest of the list. Some might surprise you! 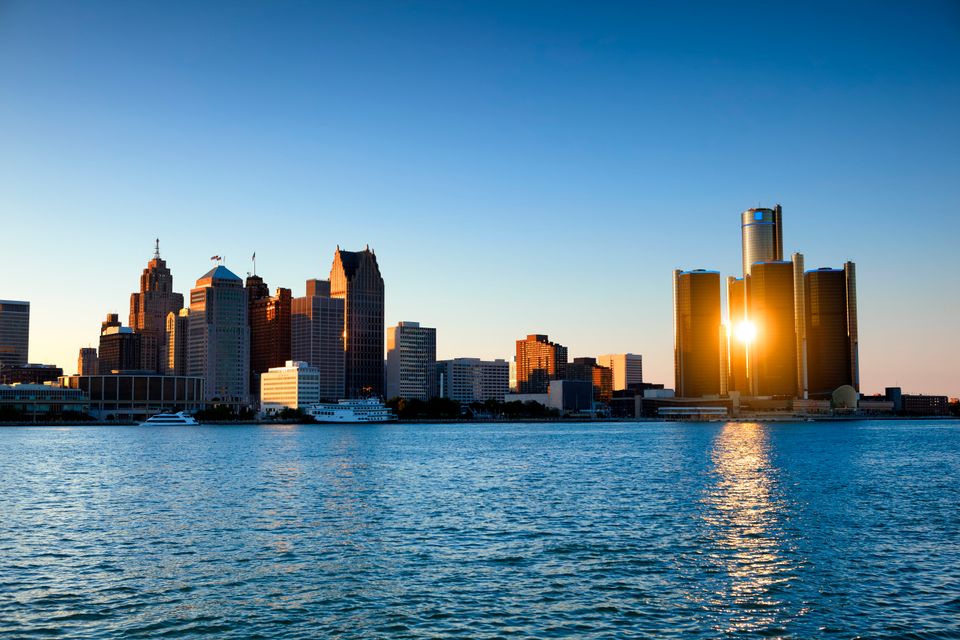 1 / 8
Detroit
Detroit has suffered a bad reputation for years now, thanks to its weak economy and mass exodus of residents. "It's a tale of two cities: the one that’s bankrupt and then there’s the one that’s revitalizing its downtown and attracting the 'young and the restless,'" says Lee Fisher of CEOs for Cities. Detroit's downtown is transforming in large part thanks to billionaire Quicken loans founder Dan Gilbert. He has poured millions into purchasing and redeveloping the area's commercial real estate, relocating many of his businesses to the area. In 2011, five companies (Quicken Loans, Blue Cross/Blue Shield of Michigan, Compuware, DTE Energy, Strategic Staffing Solutions) pledged more than $4 million to encourage and aid employees in buying, renting or remodeling homes in the area. It's part of a larger initiative to attract 15,000 young professionals downtown by 2015. <em>Caption courtesy <a href="http://www.forbes.com/pictures/mhj45eddgl/detroit-mich/?utm_source=huffingtonpost.com&utm_medium=partner&utm_campaign=emerging%2Bdowntowns&partner=huffpo" target="_blank">of Forbes</a>.</em>
Getty Images