Migration, the movement of people from one territory to another, is driven by one of three basic human needs: to be safe, to earn enough money to support yourself and your family, or to be united with loved ones. It has been reported that nearly half of residents in the Gaza Strip think about trying to emigrate elsewhere. And it's easy to understand why: A constant threat of war; closed borders, preventing most travel in and out; youth unemployment as high as 60 percent; and severe poverty affecting more than a quarter of households.

However, emigrating from Gaza legally is an option open to only a vanishingly small percentage of residents. And that's why some, like hundreds of thousands of others from Syria, Eritrea, Iraq and elsewhere, turn to illegal, dangerous means. How they do it and what happens long the way differs from person to person; but in some respects, the stories are depressingly the same. Here are two of their stories.

Ibrahim and Adel: Where are the bodies?

On September 15, 2014, more than 400 asylum seekers from the Gaza Strip, Syria, Egypt and Sudan drowned in international waters on their way to Italy.

As of November 2, 2015, the UN refugee agency reports that more than 744,000 people have fled  to Europe this year to seek a better life; about 3,440 of them have died or gone missing trying to cross the Mediterranean.

The families of the missing passengers continue to ask one question: If our children are dead, then where are the bodies? If they are alive, where are they? 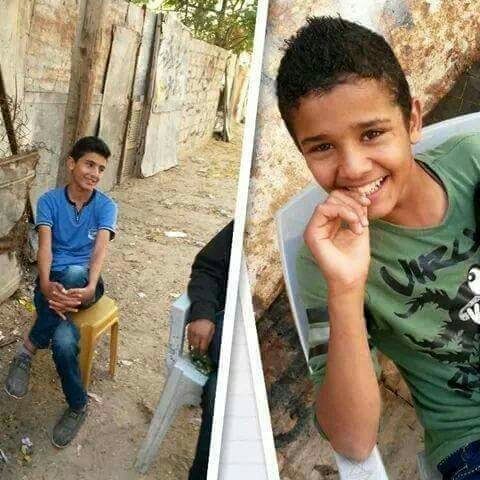 Tarek Samoud, an uncle of two of the teenagers who disappeared in the sea, has his own theory. He says his two nephews, Ibrahim, 15, and Adel, 14, went to Egypt via the tunnels on September 5, 2014. The boys had lost 40 of their relatives in the summer war, and their father, desperately wanted a better life for them. It was the 6th of September when Tarek's brother saw his sons the last time. A few days passed and there was no news about what happened to them. All he knew was that they had boarded a bus to a place where they would set sail to Italy.

Two weeks passed, then rumors spread that a ship had sunk. "We were desperate to know anything about them, so with the families of other migrants, we protested to call for every official authority to do something," says Tarek. "But there was no response. It was as if we were going in circles. We don't think they are dead. Where are the bodies of all of these people who disappeared? We believe they are alive in Egyptian prisons."

More than a year after the disappearance of the migrants, their families are still suffering. The lives of their wives and children are particularly unstable. The law doesn't consider the missing people dead since no bodies have been found, so they are unable to benefit from insurance or their loved ones' benefits.

"It's a slow death" says Khalil Abu Shammala, the father of two other young men, Ibrahim and Mahmoud, who went down on the same ship. "We keep waiting for any news all the time. But no one is helping. No one seems to care." 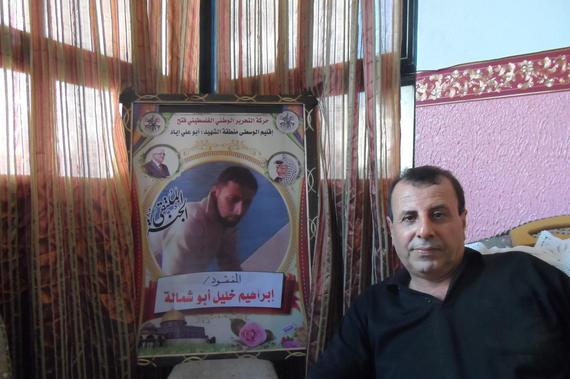 Khalid Abu Shammala with a photo of his missing son, Mahmoud

Abu Shammala says Ibrahim is married with one son and a daughter. The younger Mahmoud is not married; he wanted to marry, but no one was willing to become his wife since he didn't have a job.

"The last time I talked to my sons, they said they would sail. After that I lost connection with them. Their mother and brothers still believe they are alive. But I know they are not. What makes this even worse is that we don't have at least a paper to prove they are dead. What will happen to Ibrahim's wife and children? I want to add them to my medical insurance, but the law doesn't allow me. There life has stopped and no one is doing anything. I just want some proof they are alive or dead."

Who are these smugglers?

Everyone I interviewed about trying to emigrate talked about the specific smugglers they used, and one in particular, citing names and phone numbers and describing numerous examples of deceptive and exploitative conduct. Yet they continue to operate, without obvious evidence that they even are being investigated. Shouldn't targeting the unethical practices of smugglers be given priority over walls that have never been proven to stop the urge for freedom?

Enas Ghannam, 27, is a freelance English-Arabic translator and a contributor to We Are Not Numbers. She earned a bachelor's degree in English education from Al-Azhar University and a diploma in translation from the Islamic University of Gaza.