Emilia Clarke revealed she turned to “Game of Thrones” to fight her life-threatening brain aneurysms.

The British actress, who plays Daenerys Targaryen in HBO’s epic fantasy drama, told “The Late Show” host Stephen Colbert on Tuesday that she attempted to remember lines from the show in an attempt to ward off potential damage to her brain.

Clarke, 32, opened up about being afflicted with two near-fatal hemorrhages between filming for earlier seasons of “GOT” in a personal essay for The New Yorker last month.

“If I am truly being honest, every minute of every day I thought I was going to die,” she wrote in the article.

Clarke told Colbert she “tried to keep as active as possible” in the immediate aftermath of the aneurysms, which she described as “the worst headache a human could probably manage to experience.”

“Move my fingers and my toes and my hands and ask myself questions, Dothraki lines,” she explained. “Genuinely, genuinely, trying to remember, like really trying to force my memory to work as much as I could to stay conscious.”

Colbert asked how she had the mental wherewithal to know it could help.

“The mind is an extraordinary thing,” Clarke replied, agreeing it was “100-percent” a defense mechanism.

Clarke also disclosed the one person she’s told about the eighth and final season of “Thrones,” which begins April 14, and mocked co-star Kit Harington for complaining about filming in colder climes. 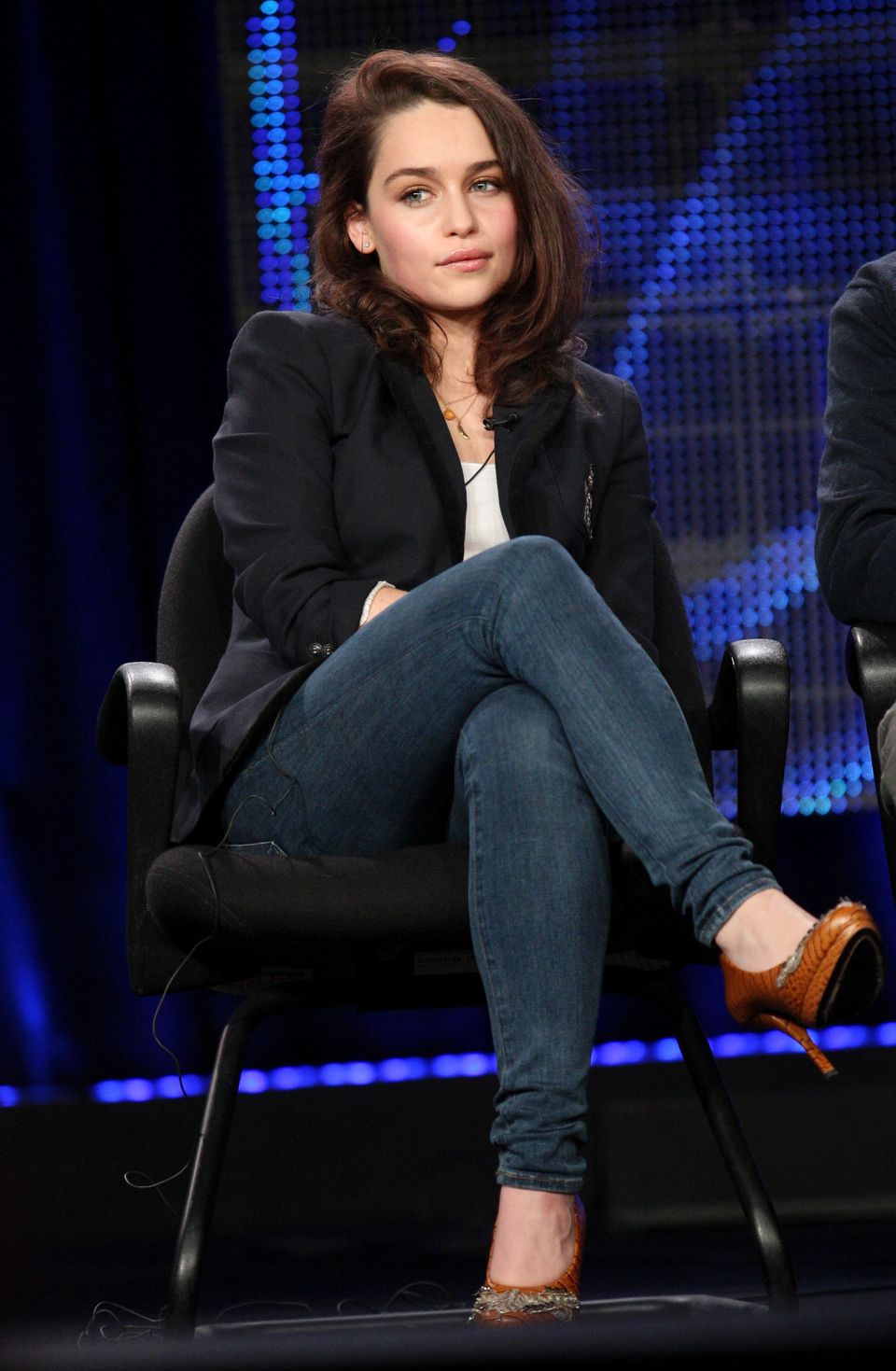