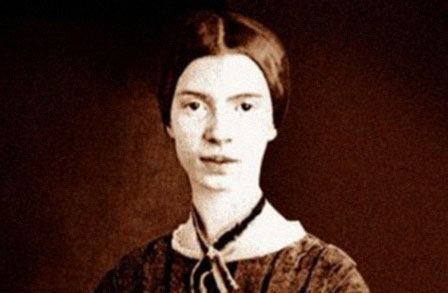 Emily Dickinson published very few poems in her lifetime, and nearly 1,800 of her poems of were discovered after her death, many of them neatly organized into small, hand-sewn booklets called fascicles. The first published book of Dickinson's poetry appeared in 1890, four years after her death; it was a small selection, heavily edited to remove Dickinson's unique syntax, spelling, and punctuation. A family feud led to dueling and competing volumes in subsequent years, and a complete, restored edition of Dickinson's poetry did not appear until 1998, more than 100 years after the original publication.

Despite their complicated history, Dickinson's poems are among the most read and beloved in the English language. Although Dickinson is often said to have been introverted and reclusive, her poems show both her internal struggles and her strong engagement with the natural and social worlds in which she lived.

View the full poem sampler on the Poetry Foundation website.