Emily Ratajkowski made her name -- er, body? -- as that girl in the "Blurred Lines" video. But whether you liked the controversial music video or not, you've got to give the model credit: She's taken her moment of fame and run with it, landing a GQ spread, a role in the new Ben Affleck flick "Gone Girl," and now a Rag & Bone campaign.

Emily is the latest model to pose for Rag & Bone’s DIY Project, an ongoing ad campaign in which Rag & Bone designers David Neville and Marc Wainwright hand a model a camera and some Rag & Bone clothing and have her create her own images. (If you're thinking, "This sounds a lot like models being paid to take selfies," you'd be right.)

The challenge here? Ratajkowski was forced to actually wear clothes, seeing as the photos are for a clothing brand. Luckily, "She looks really cool in the clothes," Neville told Women's Wear Daily. And, of course, she still managed a few shots where she's topless save for a bra. If it ain't broke, don't fix it, right? 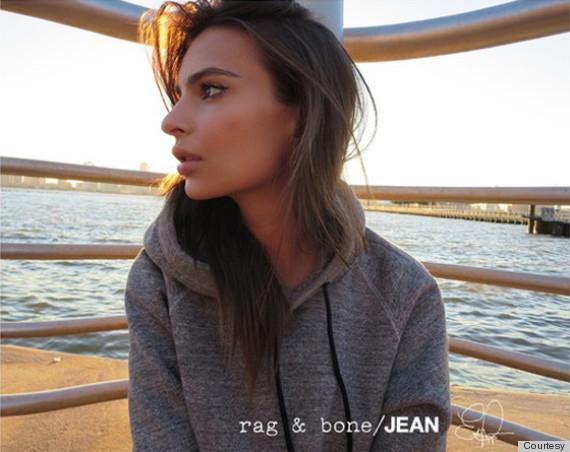 Get used to this face:

Get To Know Emily Ratajkowski