They're on-screen lovebirds turned real-life couple, but when it comes to their relationship, Emily VanCamp and Josh Bowman aren't into all the hoopla.

The "Revenge" co-stars, who started dating in January 2012, are down-to-earth and enjoy getting down and dirty. (Not like that!)

"I’m at my most confident when I’m in nature and I don’t have to dress up," VanCamp, 26, tells the January/February 2013 issue of Women's Health, adding, "When I take off my makeup, that’s my boyfriend’s favorite. And that, to me, is a symbol of a great guy –- someone who doesn't care about all that [glamorous] stuff."

Believe it or not, VanCamp says Bowman prefers her when she's covered in fish guts. (Gross? Yeah, sort of!) The actress revealed that when she and her beau, 24, were on a fishing trip in England, she realized he was the guy for her.

"I was there in my baseball cap and these crappy fishing clothes. And I remember thinking, this is when I feel 100 percent comfortable -– in these dirty clothes with fish guts all over them," VanCamp says, laughing, "I know it sounds horrendous."

As for their approach to romance, VanCamp explains that it's the little things that matter most.

"It's more about accepting each other as separate people," she tells Women's Health. "Laugh a lot and be really delicate with the other person’s heart, because sometimes you start to take each other for granted. Always remember that neither of you needs to be there," VanCamp continues, "It's a choice every day to stay together." 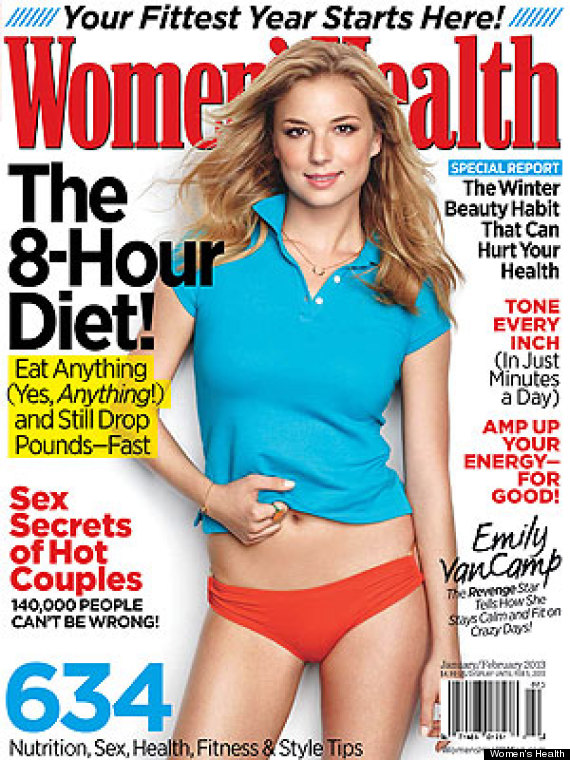