The Detroit home where Eminem spent part of his childhood burned in a blaze Thursday, just days after a woman reportedly offered to purchase it and turn it into a museum dedicated to the rapper.

Firefighters responded to battle the fire at the small, two-story bungalow just south of 8 Mile Road at 6:20 p.m., the Detroit Free Press reports. The boarded-up home was on a street with numerous other vacant homes and overgrown yards.

According to the Associated Press, an immediate cause wasn't known for the fire that damaged the top floor of the house. A Detroit Free Press video shows some of the aftermath: 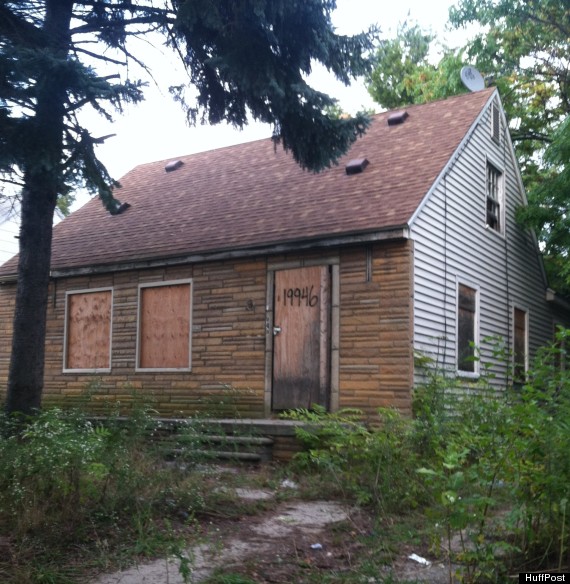 The vacant house has been up for auction through the Michigan Land Bank for months with an apparent minimum bid of $1. But just Monday, MLive reported a Tennessee woman was in the process of bidding on the home, though her offer had not yet been accepted by the Michigan Land Bank. The news site describes 28-year-old Shelly Hazlett as an "avid Eminem fan" who wanted to turn it into a museum dedicated to the rapper.

Before falling into disrepair, the home belonged to Eminem's mother for several years, according to records obtained by the Detroit Free Press. In her book My Son Marshall, My Son Eminem, Deborah Mathers spoke fondly of the house at 19946 Dresden St.

"Marshall loved it so much that he had a model of it made to take on tour with him," she wrote. "Even though we'd moved a lot, he always said the house on Dresden was his childhood home."

You can see Eminem walking on a dark street past the boarded-up house at the end of his video for "Survival," starting at minute 4:06. It's hard to read the stone-faced rapper's expression, but some might say he almost looks wistful.