Eminem dropped a surprise new album late Thursday called “Kamikaze,” which picks up right where some of his recent work left off: with a verbal attack on President Donald Trump.

The rapper claims in the opening track that “Agent Orange” sent the Secret Service to investigate him after “The Storm,” a blistering anti-Trump cypher he taped for the 2017 BET Awards. In that one, Eminem called Trump a “kamikaze that will probably cause a nuclear holocaust,” a line that likely inspired the name of the new album.

“I think it’s workin’” Eminem raps on “The Ringer,” adding:

These verses are makin’ him a wee bit nervous
And he’s too scared to answer me with words
’Cause he knows that he will lyrically get murdered
But I know at least he’s heard it
’Cause Agent Orange just sent the Secret Service
To meet in person
To see if I really think of hurtin’ him
Or ask if I’m linked to terrorists
I said: “Only when it comes to ink and lyricists”

Tried not 2 overthink this 1... enjoy. 🖕#KAMIKAZE Out Now - https://t.co/ANw73KbwMt pic.twitter.com/qfQoTYBTUy

In the BET performance, Eminem also told fans he was drawing a line in the sand. If any of them liked Trump, they should stop listening to him.

“And if you can’t decide who you like more and you’re split on who you should stand beside, I’ll do it for you with this,” he said, before offering his middle finger and a ”fuck you!”

In the new track, Eminem seems to have some regrets over that part:

But if I could go back, I’d at least reword it
And say I empathize with the people this evil serpent
sold the dream to that he’s deserted

“Kamikaze” is available now for both purchase and via the various online streaming services. 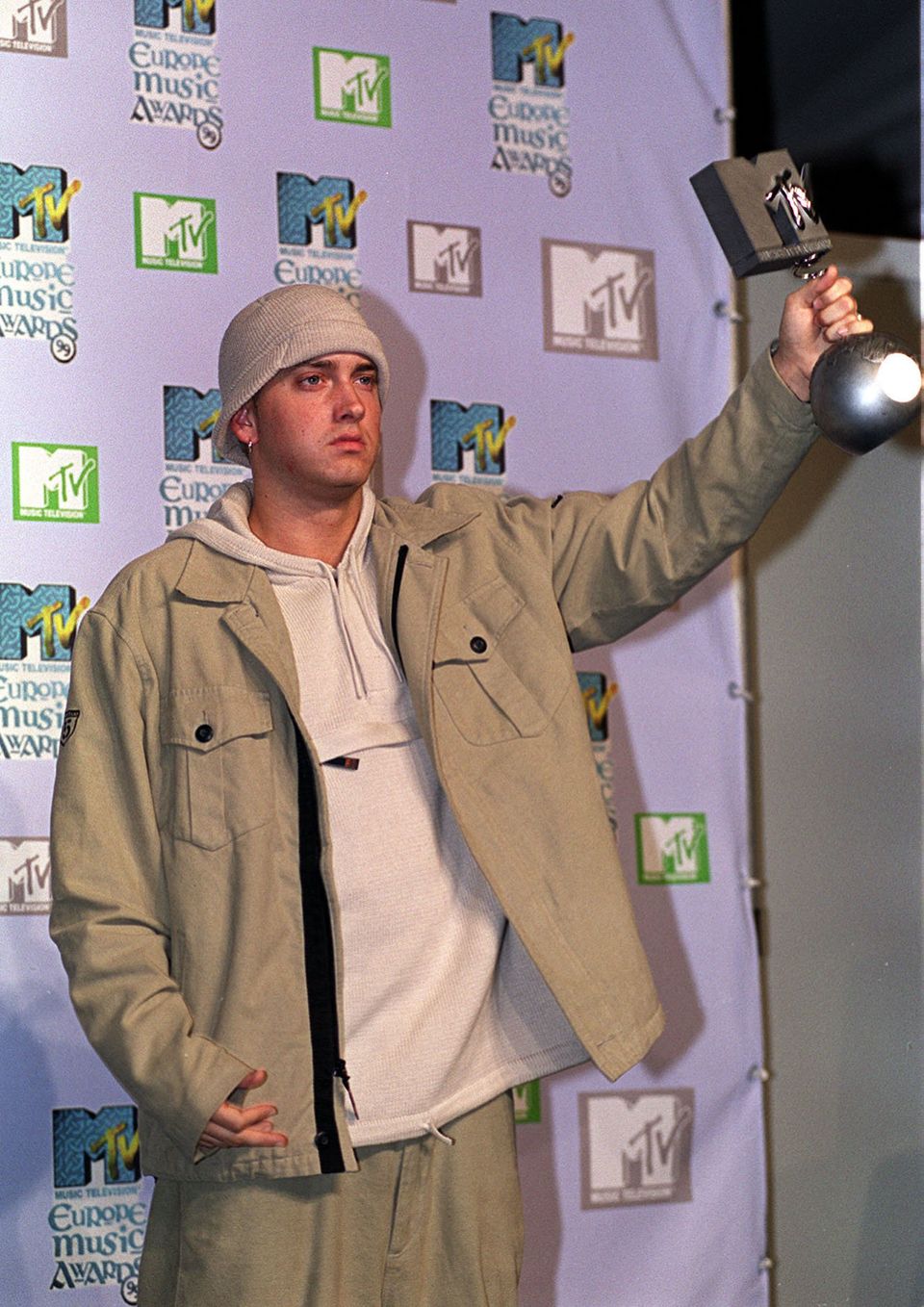