Quite a mouthful -- but that's no cheeky nom de guerre. The Sun writes that Hodges (or rather, Moneypenny) has officially changed her name by deed poll.

“I’ve always thought how great it would be to be a Bond girl -- and now I am," she told the British tabloid. “Ultimately though, I’m a good down-to-earth girl, so I opted for Miss Moneypenny as the main name -- even though she’s not technically a Bond girl.”

Read the full story on the Sun

Moneypenny is the secretary to M, who in the film franchise is Bond's boss and head of the British Secret Service. In the upcoming James Bond film "Skyfall," which will hit theaters in the U.S. on Nov. 9, actress Naomie Harris will be playing Moneypenny's role.

The highly-anticipated "Skyfall," the 23rd installment of the Bond series on the big screen, has already met with rave reviews and excellent turnouts around the world. In the United Kingdom, for instance, "Skyfall" scored the second best opening weekend in box office history, raking in about $32 million during its opening weekend. The Bond film premiered on Oct. 23 at the Royal Albert Hall in London.

Hodges, who is single and lives in the West Midlands, says she hopes her new name will help her attract a leading man of her own.

"I’m hoping it can mean I can find my own suave James Bond,” she told the Sun.

Hodges may not actually need to look very far.

According to the Scotsman, David Fearn, a young British man who also lives in the West Midlands, changed his name in 2006 to include all 007 movie titles.

Fearn is reportedly officially known as "James Dr No From Russia with Love Goldfinger Thunderball You Only Live Twice On Her Majesty's Secret Service Diamonds Are Forever Live and Let Die The Man with the Golden Gun The Spy Who Loved Me Moonraker For Your Eyes Only Octopussy A View to a Kill The Living Daylights Licence to Kill Golden Eye Tomorrow Never Dies The World Is Not Enough Die Another Day Casino Royale Bond."

"I wanted to be James Bond and now I am," he said at the time, echoing Hodges' words. "It's the ultimate fantasy."

There's been no word as yet as to whether Fearn/Bond will be adding "Skyfall" to his moniker.

Get familiar with Emma-Louise Hodges' new name by clicking through this slideshow featuring the eponymous Bond girls: 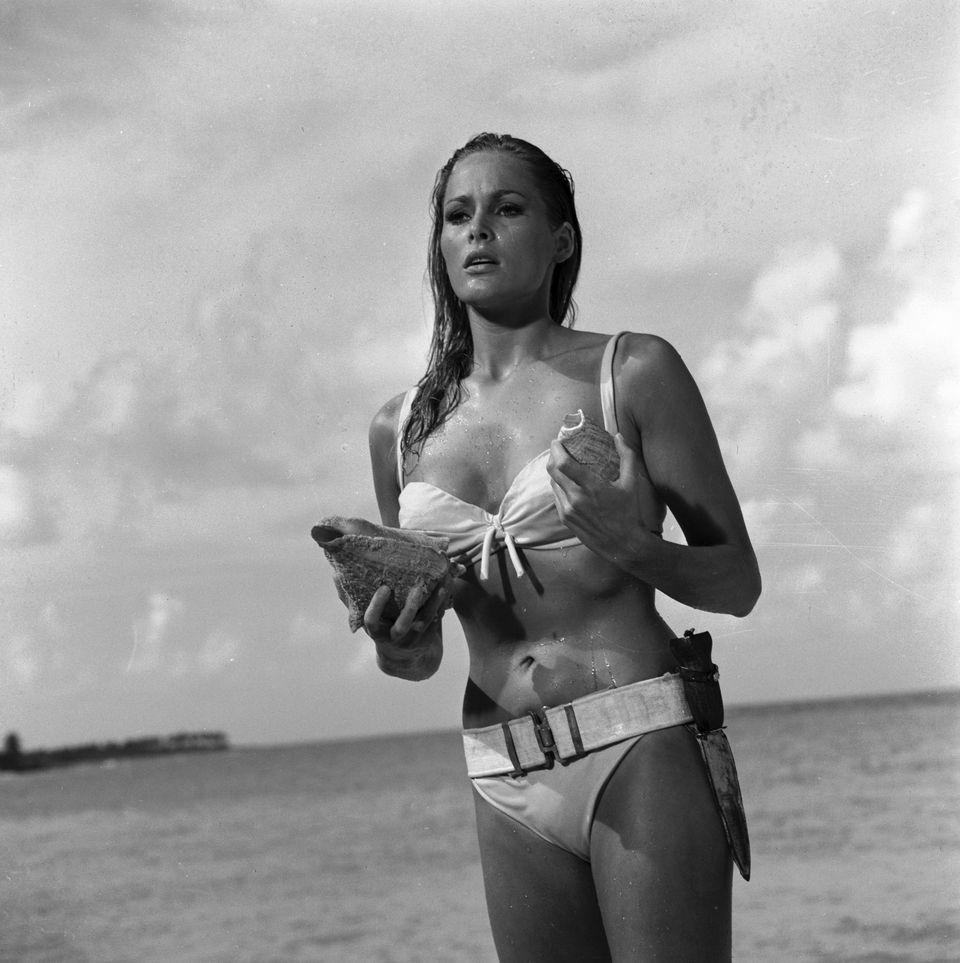