Emma Stone was noticeably absent from the 2014 Golden Globe Awards red carpet. But there was no missing the actress once she took the stage to present Woody Allen with the Cecil B. DeMille Lifetime Achievement Award.

Dressed in a shapeless Chanel dress, the frock washed out her milky complexion and sparked pregnancy rumors on Twitter. It was pretty hard to tell from our TV screens whether she was hiding a baby bump. However, one thing is for sure. This isn't one of Stone's best awards show looks. What do you think? 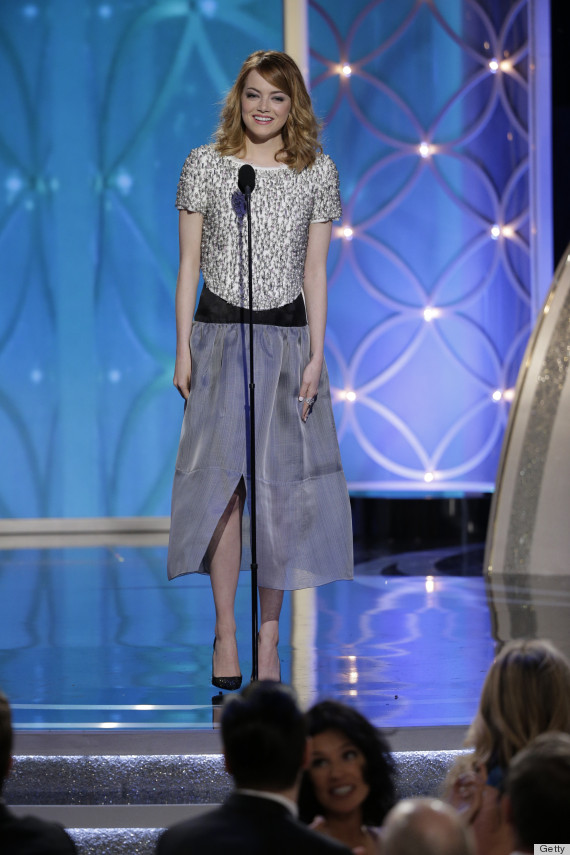 See the rest of the glam stars: