Emma Stone might be one of the most beautiful young stars in Hollywood, but the 24-year-old actress sure knows how to look ... well, goofy.

This witty lady has been spotted making the funniest faces while out and about lately, posing for photographers in New York and Los Angeles. But let's not forget that she's already proved to the world that she can contort her face into the weirdest of shapes, hence:

Stone was even pictured on the "Amazing Spider-Man 2" set today (March 11), sticking her tongue out at photographers along with a young pal.

"I feel like a human cartoon most of the time," Stone told reporters at the premiere of "The Croods" in NYC on March 10, adding that she loves being "a real cartoon" for the animated flick.

So, while we're on the topic of cartoon characters, let's take a look at some of Emma's most "cartoonish" faces. 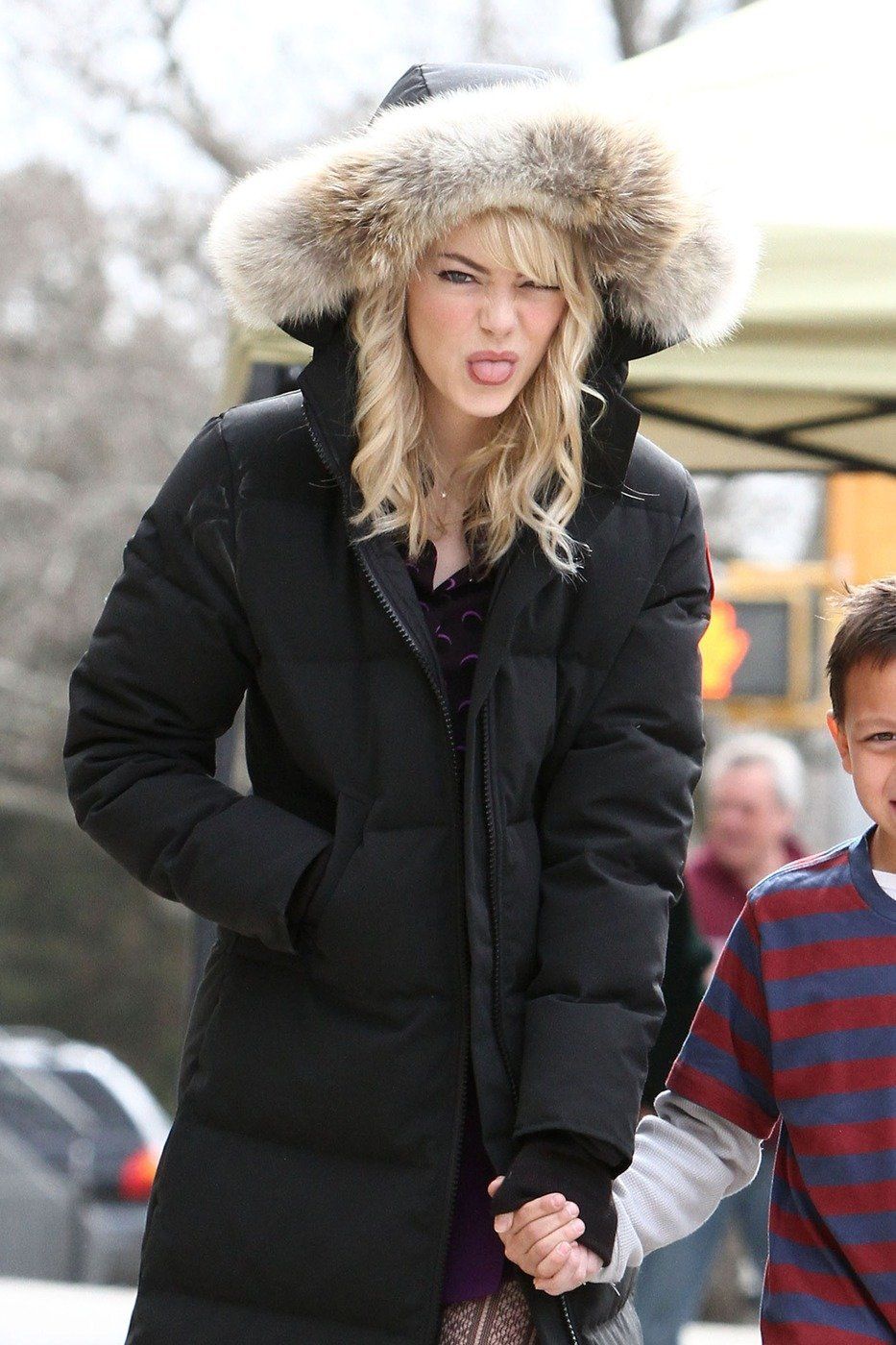