When Emma the pig arrived at Apricot Lane Farms in California, she was already in rough shape.

The sow was sick and underweight -- and very pregnant. Farm owner John Chester was told that Emma would be lucky if she had six piglets, but that prediction didn't turn out to be completely accurate. The night Emma went into labor, she gave birth to not six, not seven, not eight piglets, but 17. Out of the 17 born, 13 piglets survived. Chester was stunned. His wife, Molly, was elated. Emma, however, was exhausted. 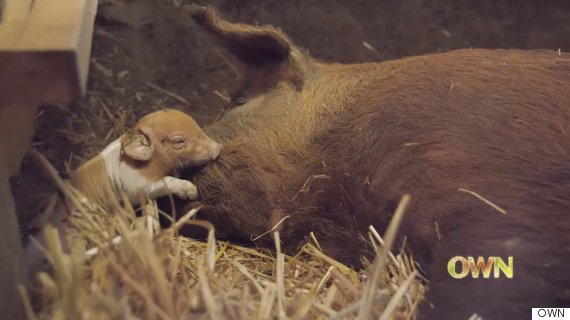 Emma's long and intense labor didn't help her already fragile condition. Her udders hardened, her fever spiked to 108.3 and she stopped producing milk. With no other choice, Chester had to remove Emma's piglets to give her a chance to recover.

"Bottle feeding 13 piglets three-to-four times a day was not an easy option," Chester says. "If Emma died, that was going to be our future."

Chester and his team pulled out every vet trick in the book to try and save Emma. They managed to get her fever down, but she still wouldn't eat. Without food, Emma would surely slip away. Then, Chester got an idea.

"What Emma might need was a reason to live," he thought. "...Even if it might kill her."

So, Chester brought back the piglets. That's when a miracle happened.

"If I hadn't seen this with my own eyes, I would have never believed it," Chester says.

Moments after reuniting with her piglets, Emma's condition seemed to improve. Slowly, she stood and walked over to a trough to eat. 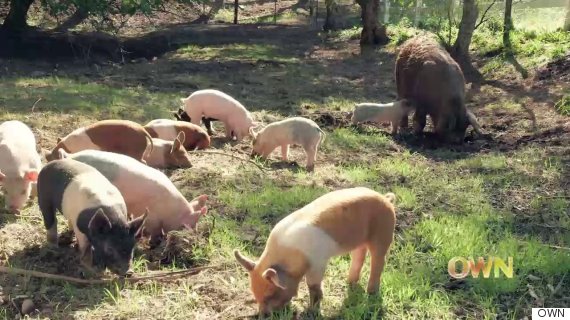 "Whatever the reason, Emma the pig was alive," Chester says.

She certainly didn't waste any time caring for her babies. For two months, Emma nurtured and fed her brood, until they were grown enough and ready to happily embark on their own pastures. Then, Emma did was most empty-nesters do: She got a pet. In this case, it was "a beat-up little rooster," as Chester calls him. 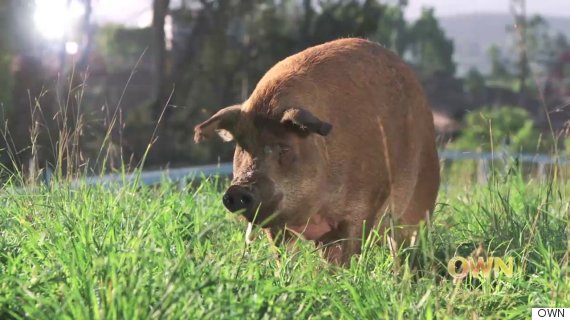 "I like to think Emma was saved by us, but it's so obvious that she was saved by her calling," Chester says. "In her case, it was to be a mom... Some might say that the very thing that could threaten to take us down in life can, at times, be the one thing that keeps us alive."

The above video is a Super Soul Short produced by John Chester (Chester Films). "Super Soul Sunday" airs Sundays on OWN at 11 a.m. ET, when it also streams live on Oprah.com, Facebook.com/owntv and Facebook.com/supersoulsunday.