With just about a month before the final chapter of "Harry Potter" -- the grand magic book-to-film series that launched her star -- is released to the world, Emma Watson is already working to turn the page to new adventures in her career. Enter another big screen book adaptation: "The Perks of Being a Wallflower."

Watson plays Samantha, the outcast hard-partying senior girl who Charlie, played by Logan Lerman, falls in love with. Photography has already begun on the film, which is being directed by the book's author, Stephen Chbosky. Hanging out on set, Lerman went on a photo tweeting spree, which included posting the photo below, which he captioned, "The worlds foremost authority on style-miss emma watson!"

For Watson, the film comes during a hiatus of her foray into academia, the result of her finally realizing -- and accepting -- the fact that she is indeed a world famous movie star.

"I wanted to pretend I wasn't as famous as I was," she said last weekend in the Sunday Times Style Magazine. I was trying to seek out normality, but I kind of have to accept who I am, the position I'm in and what happened."

Indeed she's correct -- and it's all thanks to that very first "Harry Potter" screen test. 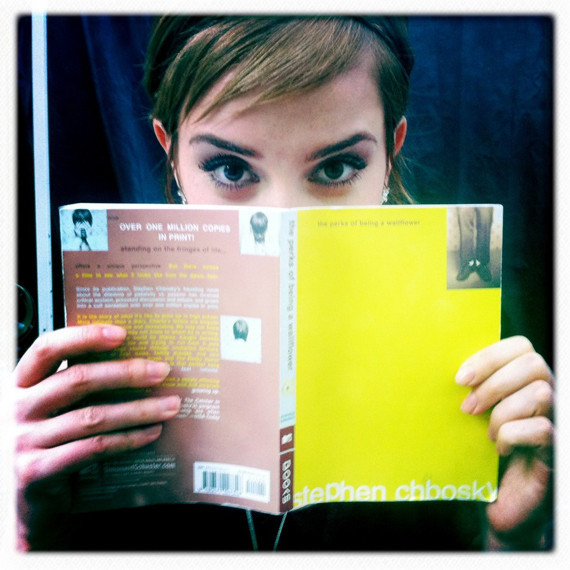