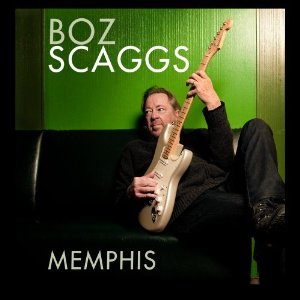 A Conversation with Boz Scaggs

Mike Ragogna: Boz, can you take us on a tour of Memphis.

Boz Scaggs: It's a pretty mixed bag. There are a couple of Willy DeVille songs -- you know, Mink DeVille. One's called "Cadillac Walk," the other one's called "Mixed Up, Shook Up Girl." I'm a big fan of Willy DeVille. It's kind of R&B in flavor in his general approach. There are some bluesy songs and Jimmy Reed songs. There's a Steely Dan song, there are a couple of R&B classics like "Can I Change My Mind." To me, it's a classic, but apparently, a number of people haven't heard it, which is kind of surprising, though "Rainy Night In Georgia," I think most everybody's heard that song. So it's a mixed bag of things. I wrote a couple of originals, there's an Al Green song, which is a tribute to Al, because the album was recorded in Memphis at the studio that made him famous. It all is tied together with a rhythm section and a place that is a particular studio in Memphis that is kind of iconic, with musicians that producer Steve Jordan and I have worked with for years and years to give it a really distinctive flavor.

MR: So Memphis was recorded at Royal Recording.

MR: How did it feel, recording in that kind of historic studio?

BS: Well it felt great. I recorded there once before, about fifteen years ago, and Steve Jordan has done a few projects in there. Quite remarkably, it just doesn't change. They make a point of really keeping it very much as it was over the years that they developed that sound. That's, of course, the reason we went there. There's a particular sound that comes out of it. The people who own and maintain the studio, it's a family thing, so you're going into a particular place and time, one that used to exist more universally, when companies had house bands in studios. They were dedicated to their work, like Motown or Stax or Philly International or places like that, which don't exist anymore because record companies don't exist.

BS: So with this particular studio in Memphis, it just feels like walking into perhaps a place that has a time of its own. Another testament to the way it feels in there is that we cut the entire album in three days, which I've never done in my career, and I think 99.9% of people who make records would say the same thing. It's just great, very easy.

MR: Boz, this is your first album in like five years, right?

MR: And I bet this is a bit of a special album to you in that it's connected to you personally, with a slight biographical connection?

BS: I feel that way, but then there's nothing specifically that ties me there. I've never gone there as a family kind of thing since I was a little kid, but my wife is from Memphis. We met in San Francisco when she lived there. I don't know, there's something about Memphis that feels like I belong. The music that comes from there just feels so inviting and so comfortable to me.

MR: Would another word we could add be "real"?

MR: What was the main criteria when choosing material for Memphis? Were you thinking they had to be songs that could translate best in Royal Recording, directly connecting the songs to the recording process?

BS: Some songs were like that. This process of choosing the material really has been an ongoing process for several years. I have been thinking about an album similar to one I made in the nineties called Come On Home. In that genre, they're R&B songs for the most part, and they're done with musicians who can play that kind of music really well. But there's also a lot of versatility in this definition. Let's say the producer, Steve Jordan, and I had landed on six or eight songs very firmly, there were several songs that we tried out, several songs that Steve just suggested while we were in the studio, and there were a couple of songs that I just pulled out of a hat. I'd heard one in a club a few nights before in New York, the Steely Dan song, and I remembered how much I dug the song, but that was after we knew that we were coming to Memphis. We knew what the rhythm section was going to be and really having even been in the studio working for a day or so, I think we had good footing as to what we could do there and what was going to work. At that point, it seemed like anything could work, any number could win because the section is so great and it feels so good in this room that we could have done "Row, Row, Row Your Boat" and made it groove. It just felt good, so it seemed like it wasn't such a stretch, pulling material from these diverse places. We could do Willy DeVille, we could do Jimmy Reed, we could do Steely Dan, we could do Al Green, because the section was so good and the sound was just right. It was a sort of magic that we felt like we could do anything.

MR: As far as "covers" on this album, you're treading very lightly on the original versions, really putting a Boz Scaggs stamp on it. I'll throw out there two songs as examples, Al Green song "So Good To Be Here" and "Love On A Two-Way Street," especially by singing the latter an octave lower. You've made them Boz Scaggs songs.

BS: Well, that's the criteria. You never know. While a lot of what we did was spontaneous, there were several years of choosing certain songs and finding what my voice worked in. Yes, there is that thing that we all talk about, in order to do a song well, you have to own it. Make it your own so that when you hear it, you're not necessarily comparing it to another song because it belongs to us. It belongs within the repertoire that we're doing. Some we borrowed, more or less, from others, but you've got to be convincing. You've got to really feel like it's ours.

MR: Right. Did your musical experiences with Michael McDonald and Donald Fagen on The Dukes of September tour influence Memphis?

BS: Well, I think it influenced me a great deal to the extent that Donald and Michael and I looked at a lot of material these last few years in choosing repertoire for The Dukes. So yeah, I've covered a lot of ground and certain songs resonate and hang in there, and there are several that made it into this project that wouldn't have been right for The Dukes of September, but they seem to be a fit for me. Yeah, very much, by looking at a lot of material.

MR: And of course, you bookend Memphis with two original songs, "Gone, Baby, Gone," and "Sunnygone."

BS: I think when I approach a new project, I tend to want to use my own material, and those were the two that seemed to have some footing in this genre. Once Steve and I started talking about what we were looking to do, I happened to have these couple of songs that I thought would work in it. I'm not a person that stacks up songs that I write. I generally have ideas and starts for a dozen songs in my head, and then I apply them to the project I'm going into. In this case, there were these couple of songs, and I think they worked with the section.

MR: I interviewed Rita Coolidge last year and we talked about you, your having penned "We're All Alone," her most memorable hit. We both came to the conclusion that Silk Degrees had so many titles that resonated with the culture. For instance, "What Can I Say?" I think a lot of people, particularly my age group, use that phrase "What can I say?" and I bet that Boz Scaggs song comes to mind with many of them. I'll bet they even hum it a little as they're saying it!

BS: It used to be, and it still is to some degree, a common country music thing or in R&B, you take a common phrase and give it a twist and write a song about it. Because it's a cliché, it's got that immediate recognition and does turn into a touchtone, a touchword. I think my generation probably used a lot of that.

MR: Yeah, another would be "It's Over," that as became a sports themes for obvious reasons. Hell, I still sing it a little of the chorus at the end of games. It's in the culture.

MR: All right, I have a standard question that I ask everybody, which is what advice do you have for new artists?

BS: I'd say play live. For my generation, in the blues idiom and the R&B idiom that I grew up in as a kid in small-town Texas and Oklahoma, it was about singing the songs that you like to do and trying to do them yourself. Throughout the sixties, which was my generation as well, that was it. I only contend that The Rolling Stones are who they are and that The Beatles are who they are because they worked live a lot. Go back and look at what The Beatles were doing before they recorded. They worked four sets a night in Liverpool and in Germany. I still see it. I see them in the clubs in San Francisco, the vans and the trailers with the young bands still coming through. Radiohead, everybody. You work. You get out there and you hone your craft and you learn what you're good at. You either excite them or you don't. You figure out how you're going to do that and the best way to figure that out is to get in front of live people and really play.

MR: And maybe that has something to do with my last question for you, which is how do you sound, at least to me, exactly the same after all these years?

BS: When I hear myself, to some degree, that is my early days, it's very difficult for me to listen to it because I don't think of it as the same voice at all. I like to think that I've learned a thing or two along the line.

MR: Of course, maybe a better way to have asked that is how does your voice stay so rounded and grounded?

BS: One thing is that I take care of my voice and the other thing is that I love singing as much as I love anything else in life. More than I love most things in life, I love to sing. So thank you for that comment.

MR: Beautiful, all right. And you'll be touring for this record, right?

MR: I don't want to take up any more of your time, but I really loved this. Thank you so much for making time, Boz.

BS: Thanks, Mike, nice talking to you. 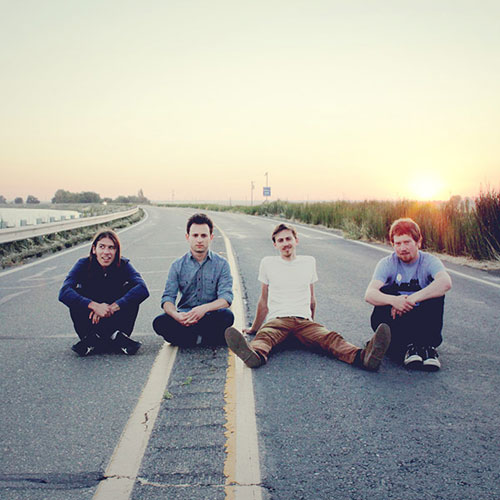 The Stone Foxes' new film was shot 100% using a GoPro, which is basically a compact, wearable, HD sports camcorder. The track is off the band's recently released album Small Fires, that also included "Everybody Knows."

Ah, finally, a tutorial on how to prepare for then make a proper album with exciting behind the scenes footage.