Will the public option cover soul extractions? As if Total Recall and The Eternal Sunshine of the Spotless Mind weren't warnings enough that technology should be employed prudently when messing with the human mind, now comes Sophie Barthes' Cold Souls, a comic fantasy in which getting your soul removed may do wonders for your acting career, so long as you don't mind running the risk of having said soul wind up on the black market in St. Petersburg. 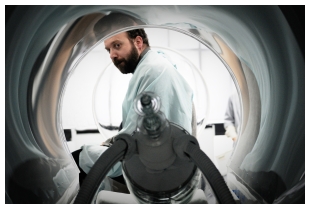 The guy learning the lesson firsthand is Paul Giamatti, playing an actor named, curiously enough, Paul Giamatti. He's supposed to be starring in a Broadway production of Uncle Vanya, but a bout of professional (or maybe it's just general) angst is keeping him from hitting his stride. Enter Soul Storage, a company that for a price will remove that nagging impediment to conscience-free happiness and store it safely away. The process is quick and painless; the problem is that the backers are based mostly in the Russian underworld, and you don't necessarily want to be putting your soul under their care. That's especially true when the boss' girlfriend will do anything to get a jump-start in show-biz, including asking her loving S.O. for an extra infusion of contraband, American talent.

Sophie Barthes shot the film in New York and Russia, and was willing to give us some insight into her definition of soul, what it's like dealing with actors raised in the land of Stanislavski, and how one can relish the pleasure of having one's life-partner also be a film's producer and cinematographer. Click on the player below to hear the interview.

To the Edge of Fantasy on MMP:
Monika Treut on Ghosted
Sarmiento and Harel on Deadgirl
Tatia Rosenthal on $9.99