Diversity is what we're all about here at Mighty Movie Podcast. Actually, what we're all about these days is trying just to get the frakking show out in the midst of all the other stuff going on in our lives (hence the lateness this week), but when we're not pulling our hair out about that, yup, diversity is our beat. And this week's episode is nothing if not diverse, featuring as it does a documentary about that most hallowed of family-friendly institutions, the Disney animated feature, and an erotic thriller by the guy who's managed to turn the form into a complex, challenging exploration of the human condition. 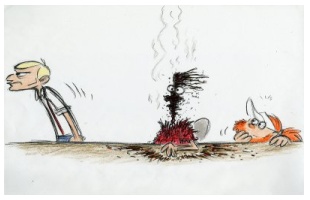 This episode features interviews with Don Hahn and Peter Schneider of Waking Sleeping Beauty, the documentary that looks at how, in 1984, the Disney Company - newly running under the command of Michael Eisner and backed up by Jeffrey Katzenberg and host of others, including Messrs. Hahn and Schneider -- sought to revivify their moribund animation division. The film's a detailed, and admirably candid, exploration of how the company eventually wound up creating such classics as The Little Mermaid, Beauty and the Beast, and The Lion King before a couple a tragic deaths and some corporate politics threw a spanner into the works. 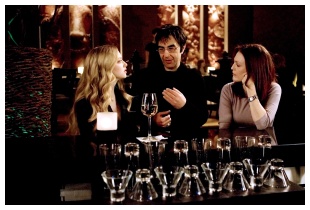 Then we sit down with Atom Egoyan, to talk about his new film, Chloe, wherein an uptight Julianne Moore hires call-girl Amanda Seyfried to report on wayward husband Liam Neeson, with everyone eventually dealing with more than they bargained for. If you know your Egoyan (Exotica, The Sweet Hereafter), you know that the guy can juggle the sensual and the suspenseful like no other. Chloe is no exception.

Another double-up of good stuff for ya. Click the player to hear the show.

More MMP on HuffPost:
Tomm Moore on The Secret of Kells
The Exploding Girl and Tales from the Script
Jessica Jacoby and Felix Moeller on Harlan - In the Shadow of Jew Suss